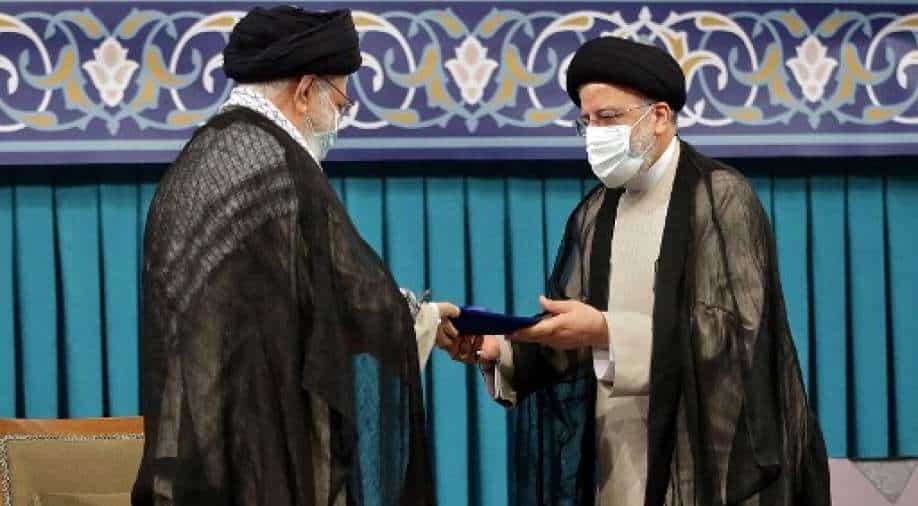 The former judiciary chief known for his distrust of the West takes the reins at a tense time. Iran's indirect talks with the US to salvage Tehran's landmark 2015 nuclear deal have stalled, as Washington maintains crippling sanctions on the country and regional hostilities simmer.

The mid-ranking Shia cleric formally started his four-year term on Tuesday when supreme leader Ayatollah Ali Khamenei endorsed his victory in the June election, when most prominent rivals were barred from standing.

At a difficult period, the former judicial chief, known for his mistrust of the West, assumes the reins.

Iran's indirect discussions with the US to save the historic 2015 nuclear agreement have stagnated, as Washington maintains crushing sanctions and regional conflicts rage.

During his half-hour inaugural speech, Raisi stated that the sanctions must be lifted.

"I swear to safeguard the official religion and the establishment of the Islamic Republic and constitution of the nation," Raisi said in taking the oath at parliament

During the ceremony, honours were given to Qassem Soleimani, the senior Iranian commander who was killed by former US President Donald Trump in a targeted killing.

Raisi immediately demonstrated that he and the Supreme Leader are on the same page.

In addition, the next president has a large majority in parliament, allowing him to rapidly pass legislation that might lead to substantial changes in Iran's internal and international policy.