Iranians find their voices on Clubhouse ahead of poll 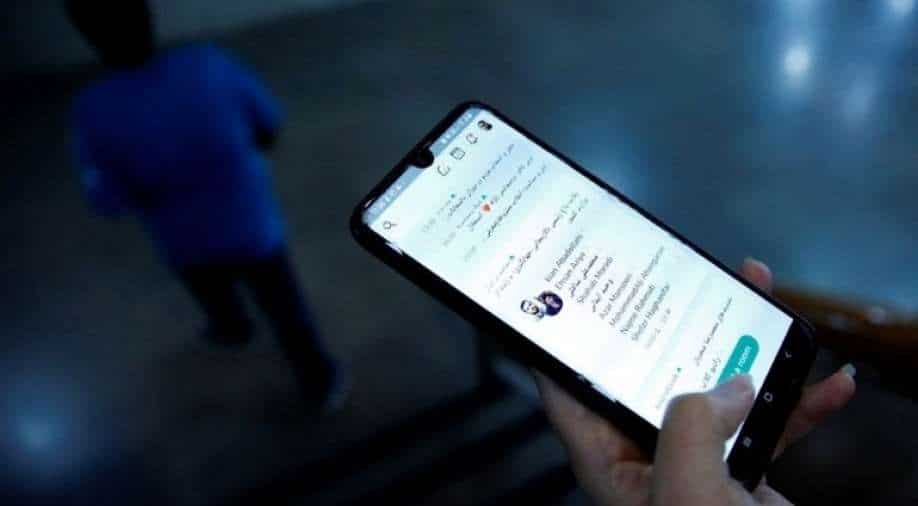 Politicians from opposing factions have found their way to the app, along with an array of analysts, journalists and Iranians both at home and abroad

As Iran gears up for a presidential election, people from across the political spectrum are taking to the audio app Clubhouse as a rare forum for debate inside the country.

Chat rooms have been sprouting up every day on the invitation-only social media platform, some of them attracting thousands of listeners.

Politicians from opposing factions have found their way to the app, along with an array of analysts, journalists and Iranians both at home and abroad.

"Clubhouse's main draw card is that it has created an opportunity for dialogue between people who could not bear talking to each other before," said Farid Modaresi, an analyst close to the moderate camp of incumbent President Hassan Rouhani.

The hot topic on their lips has been the hopefuls who have been coming forward and registering to be candidates for the June 18 presidential election.

Modaresi said a combination of factors has helped to make the app popular among Iranians, including a restricted domestic media, the Covid-19 pandemic and a sizeable diaspora eager to tap into the discussions.

"There was demand, and this is the supply," Modaresi said, noting that both conservatives and reformists are present on the platform.

Those hoping to stand for president started throwing their names into the hat on Tuesday, launching the battle to succeed Rouhani who must leave office after serving two consecutive terms.

The Clubhouse fervour contrasts with a rather quiet public sphere ahead of official campaigning that starts on May 28.

Reformist journalist Mostafa Faghihi said the app has helped to open up "multilateral dialogue" in Iran.

Such public discourse has been elusive in the country due to the conduct of "media giants with public budgets... that have turned into one-sided and factional tribunes".

Alongside Instagram, Clubhouse is one of the few major social media applications still largely accessible in Iran without the requirement for virtual private network (VPN) software to circumvent censorship.

Eshaq Jahangiri, first vice president to Rouhani and considered a potential candidate, has been one of the highest-ranking officials to appear on the platform.

Taking questions, he strongly defended the administration's track record in the face of a US "economic war", saying it stood up for internet freedoms, and denied links to one of his brothers on trial for alleged corruption.

Faghihi said the presence of prominent figures on Clubhouse could play "a very important role" to get messages across to voters.

He touted the "close to 110,000" people who tuned in to a chat room that hosted Faeze Hashemi, the outspoken daughter of late president Akbar Hashemi Rafsanjani.

"I won't vote, as our maximum effort results in (someone like) Mr. Rouhani!" she declared during the debate.

When the room reached the maximum number of listeners, several others were created to enable more to hear the discussion, before it was streamed live to thousands of others on Instagram and Twitter, Faghihi explained.

Yet Iranian Clubhouse moderators have come in for criticism for not allowing all voices to be heard.

One such instance occurred when Modaresi invited Iran's social media-savvy foreign minister, Mohammad Javad Zarif, to a chat about Iran's controversial 25-year agreement with China, its nuclear deal with world powers and his stated intention not to run for the presidency.

As the panel took shape, it emerged that the chat room featured both Iranian officials and journalists from foreign-based Persian media outlets deemed hostile by the Islamic republic.

Modaresi said the latter were not allowed to ask questions "due to foreign ministry protocols" which he had to accept.

Clubhouse has drawn criticism primarily from ultraconservatives over its lack of content oversight and the usual concern of being hosted abroad, with some calling for domestic alternatives.

In an editorial in April, the ultraconservative news agency Tasnim said Iran's foes could cause "security, social and political problems" for the country through Clubhouse.

It warned against the app's potential for "identifying the elite, networks, tracking, data stealing, large-scale leaks of information" and breaking the taboo of "direct talks" with hostile media.

Later that month Clubhouse was temporarily blocked without explanation on most networks, and despite assurances from Rouhani's administration, the app was inaccessible on at least one major mobile carrier.

But for Iran's conservative-dominated Guardian Council, charged with validating parliamentary legislation and monitoring elections, the application did not seem to be a threat.

In an interview with AFP, the council's spokesman Abbas Ali Kadkhodaee said the influential body saw Clubhouse as potentially constructive as long as no "crimes" were committed.

"In my opinion, cyberspace can have a positive role, for people to have better and faster access to information. Clubhouse is no different" than other social media, he said on May 5.