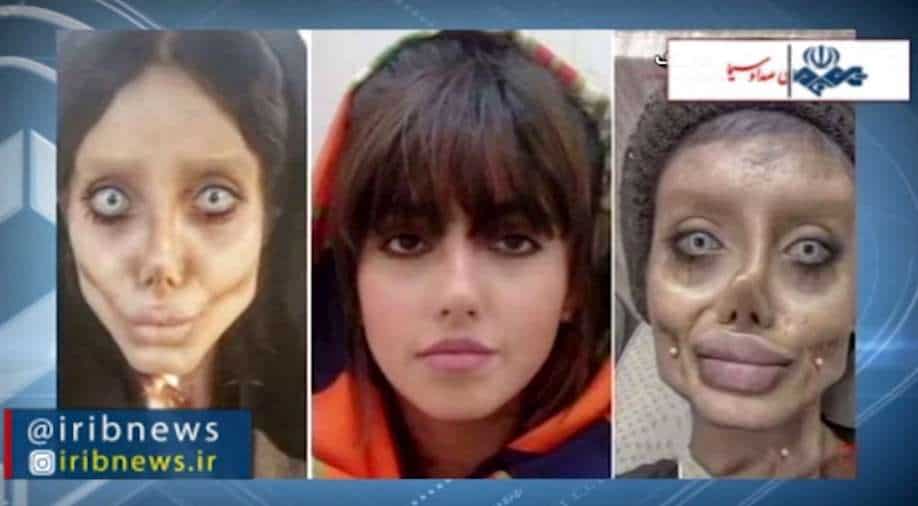 She has been charged with blasphemy, gaining wealth from inappropriate means, inciting violence and encouraging youngsters for corruption

An Iranian Instagram star Sahar Tabar has been arrested and sentenced to 10 years in prison for posting distorted images online.

Tabar, whose real name is Fatemeh Khishvand, is a 19-year-old Iranian woman who was popular on the social media platform Instagram and at one point had nearly 486,000 followers. However, her good days suddenly turned into a nightmare when she was arrested for her social media activities.

She gained followers by posting several pictures and videos. In some of these pictures, Tabar can be seen with filters on her face which gave her a gaunt look similar to a zombie. As per authorities, through these images, she had disrespected the Islamic Republic.

It was also alleged that these images of Tabar were corrupting young children's brains. She has been charged with blasphemy, gaining wealth from inappropriate means, inciting violence and encouraging youngsters for corruption. She claimed to have been, now, cleared of two out of four charges. However, she has refused to point out the details as she is now hoping for a complete pardon.

She was arrested a year ago and had also requested a release from detention claiming she had been infected by the deadly coronavirus. Tabar has also been presented as a "victim with an abnormal personality and mental state" by the local media. This portrayal of her personality has been backed by her medical records which point towards a condition of medical instability and add several visits to psychiatric hospitals as a proof of the same.

Tabar had also made tries to reach out to the Hollywood actress Angelina Jolie, requesting her tp stand up for another woman in need of support. "The Islamic Republic has a history of tormenting women. We need to be united against this gender apartheid," she had said.

Her lawyers are now hoping for a complete pardon on the basis of her medical condition and her age at the time of the alleged crime.