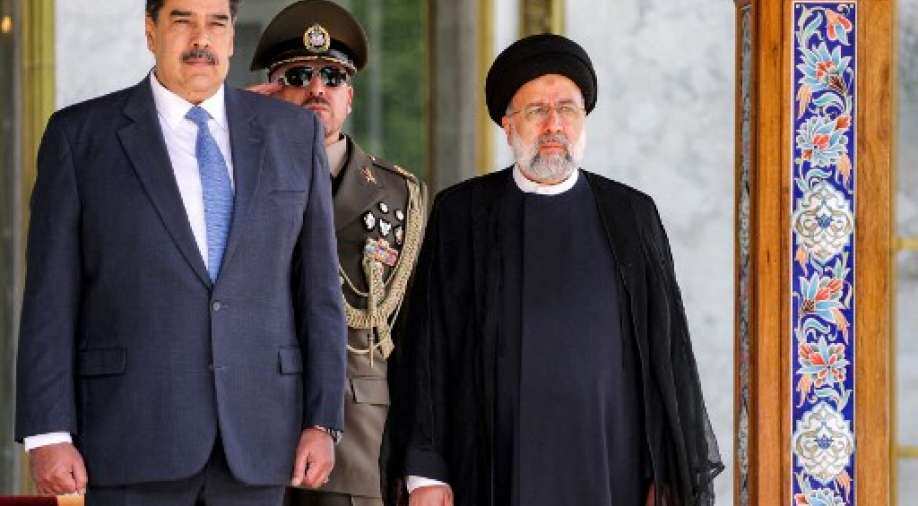 The two leaders met at the at the Saadabad Palace in the Iranian capital and the meeting was aimed at boosting bilateral ties between two nations facing tough sanctions from the United States.

Iran and Venezuela have signed a 20-year “cooperation road map” as Venezuelan president Nicolas Maduro met his Iranian counterpart Ebrahim Raisi on Saturday in Tehran. The two leaders met at the at the Saadabad Palace in the Iranian capital and the meeting was aimed at boosting bilateral ties between two nations facing tough sanctions from the United States. In a joint press conference, the two leaders said that the agreement will boost sectors in both countries like trade, energy, science and technology, agriculture and tourism sectors. Both economies are struggling at the moment and this agreement was hailed as a step towards stabilising the situation in both Iran and Venezuela.

“The Islamic Republic of Iran’s foreign policy has always been to have relations with independent countries, and Venezuela showed that it has had incredible resistance against threats and sanctions by enemies and imperialism,” Raisi said according to a report in the Al-Jazeera.

The other major agreement between the two leaders was the establishment of a direct flight between Tehran and Caracas which will begin operations from July 18 this year.

“I believe that our future will be one of the pleasing and solid friendships. The future of the world is one of equality and justice and standing up against imperialism. We must build this future together,” Maduro said after announcing the direct flight between the capital cities of the two nations.

In 2021, Iran and Venezuela signed an oil swap agreement which resulted in Iran sending heavy crude oil to Venezuela which allowed Maduro to avoid a fuel crisis in his country.