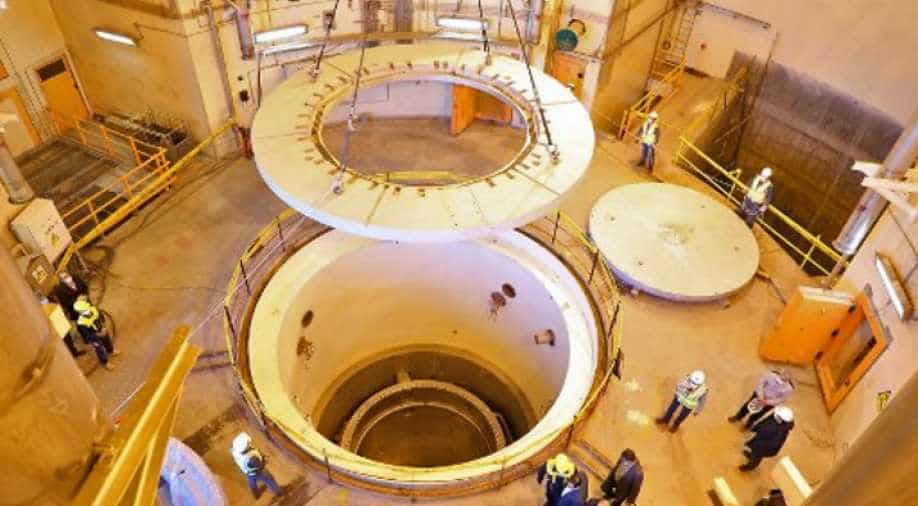 The Iranian government has been under fire by its people after it announced last week that its forces had shot down the Boeing 737 airliner.

Iran President Rouhani said today that the country's daily enrichment was higher than before the 2015 nuclear deal.

"Today, we are under no restrictions in the area of nuclear energy," he said during a speech in Tehran, adding, "Our daily enrichment (of uranium) is higher than it was before... the agreement."

The President in a televised address to the nation said that Iran is "trying daily to prevent military confrontation or war".

Also Read: People are our masters and we are its servants, says Rouhani amid protests in Tehran

The Iranian government has been under fire by its people after it announced last week that its forces had shot down the Boeing 737 airliner in which 176 people were killed on board.

Meanwhile, Canada  Ukraine, Sweden, Afghanistan and Britain have called for "full cooperation from Iranian authorities" as the controversy over the downing of the airliner continued to trail the Iranian government.

"Canada will not accept a situation where we feel that we're not being given the information that we're looking for,"  Canadian Transport Minister Marc Garneau said, adding,"Make no mistake about it, Canada is going to get to the very bottom of this."

PM Justin Trudeau had said earlier that the government intends to ask the Iranian government for compensation for the families of Canadian victims.

"Our first priority at this time is supporting the families and friends of the 57 Canadians who lost their lives in this tragedy," Garneau said.

"While we cannot bring back their loved ones, we can make sure that they receive compensation to help them navigate this difficult time."