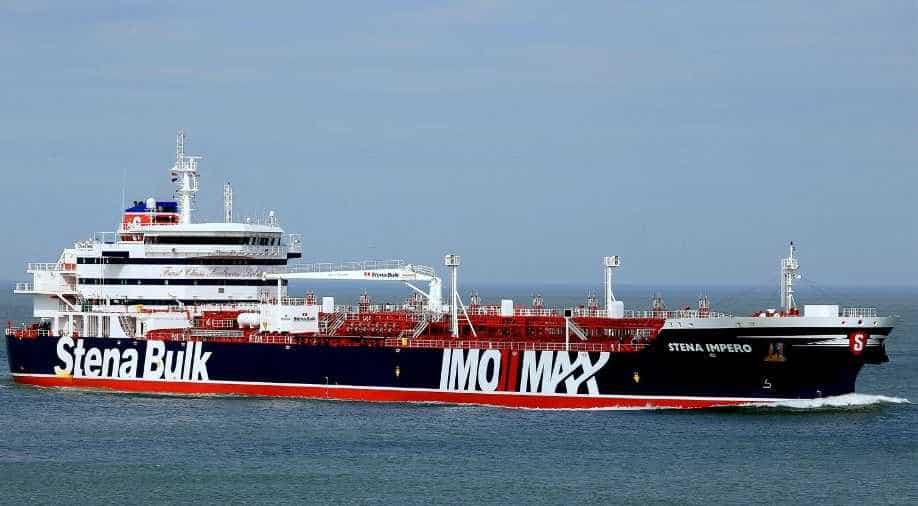 Iran said on Monday that a British-flagged oil tanker is "free" to leave more than two months after it was seized in the Gulf.

"The legal process has finished and based on that the conditions for letting the oil tanker go free have been fulfilled and the oil tanker can move," government spokesman Ali Rabiei told a news conference.

He did not specify when the Swedish-owned vessel would be allowed to set sail.

The Islamic Revolutionary Guard Corps surrounded the Stena Impero with attack boats before rappelling onto the deck of the tanker in the Strait of Hormuz on July 19.

The vessel was impounded at Iran's Bandar Abbas port for allegedly failing to respond to distress calls and turning off its transponder after hitting a fishing boat.

Stena Bulk, the company that owns the tanker, said on Sunday that it expected the vessel to be released soon, but expressed caution about the situation.

"We hope it will be able to leave in a few hours, but we don't want to take anything for granted. We want to make sure the ship sails out of Iranian territorial waters," he said.

The ship's seizure came hours after a court in the British overseas territory of Gibraltar said it was extending the detention of the Grace 1, an Iranian oil tanker later renamed the Adrian Darya 1.

At the time, Tehran denied the seizure of the Stena Impero was a tit-for-tat move.

A Gibraltar court ordered the Iranian tanker's release on August 15 despite an 11th-hour US legal bid to keep it in detention.