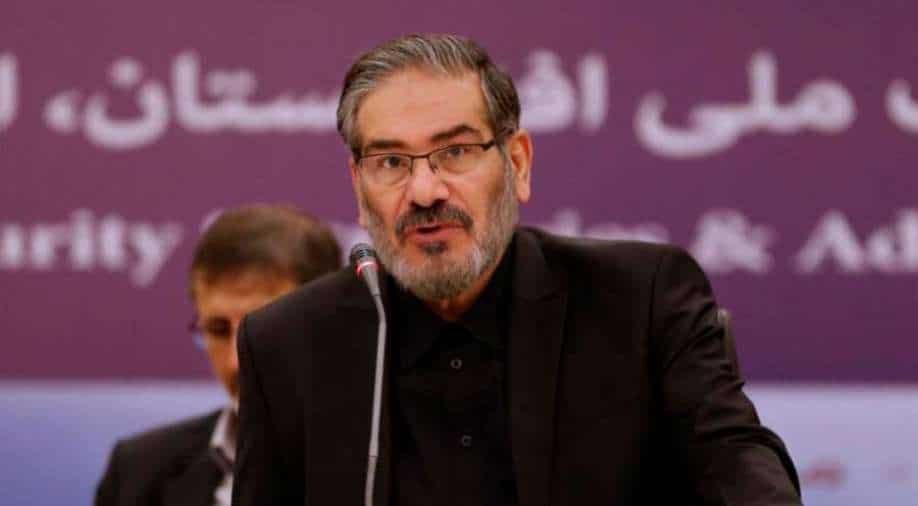 Shamkhani, secretary of Iran's Supreme Security Council, said on Twitter that in the absence of a political decision by the United States the talks 'become more complicated every hour'. Photograph:( Twitter )

The United States does not have the will to reach an agreement to revive a 2015 nuclear deal with Iran at talks in Vienna where it is insisting on "unacceptable proposals", Iran's top security official, Ali Shamkhani, said on Thursday.

The 2015 deal that lifted sanctions on Iran in return for curbs on its nuclear programme was on the verge of being restored after 11 months of negotiations until Russia presented a new obstacle by demanding written guarantees from the United States that Western sanctions over its invasion of Ukraine would not affect its trade with Iran.

Shamkhani, secretary of Iran's Supreme Security Council, said on Twitter that in the absence of a political decision by the United States the talks "become more complicated every hour".

US approach to Iran's principled demands, coupled with its unreasonable offers and unjustified pressure to hastily reach an agreement, show that US isn't interested in a strong deal that would satisfy both parties. Absent US political decision, the talks get knottier by the hour.

Also read | Prisoners who could be freed alongside Iran nuclear deal

The United States “has no will to reach a strong agreement", he said adding that it was making “unacceptable proposals (and) insists on a quick agreement with false pretences”.

He did not elaborate on the US proposals.

US Under Secretary of State for Political Affairs, Victoria Nuland on Tuesday accused Russia of seeking to reap extra benefits from its participation in the effort to restore the nuclear agreement.

European negotiators from France, Britain, and Germany have temporarily left the talks as they believed they had gone as far as they could and it was now up to the United States and Iran to agree on outstanding issues.

Iran's foreign minister said at the time that Tehran would not let its interests be harmed by "foreign elements".
Bagheri Kani flew back to Vienna on Wednesday.