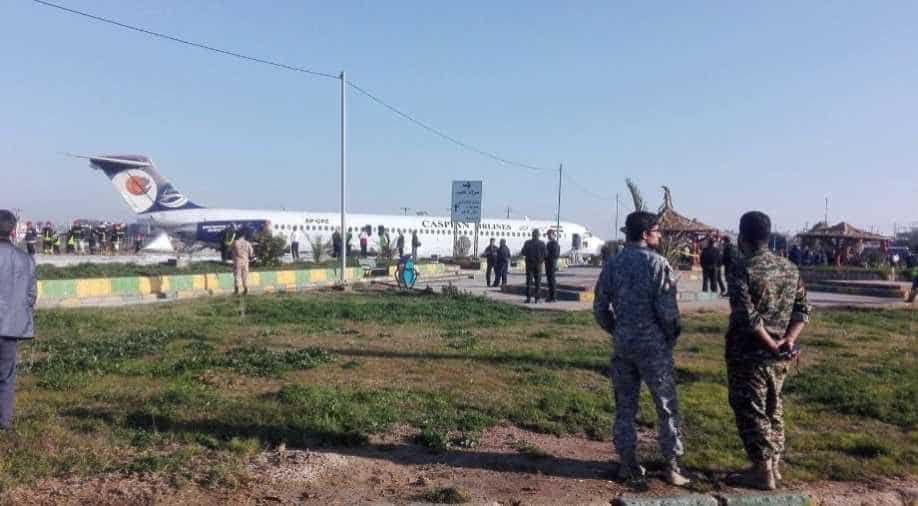 An Iranian passenger plane is seen after sliding off the runway upon landing at Mahshahr airport, Iran. Photograph:( Reuters )

With over 100 passengers on board, a plane skidded off the runway as it landed at Iran's Mahshahr airport on Monday. However, no harm was caused to any passenger on board.

The Caspian Airliner Flight 6936 had left Tehran for Mahshahr with 135 passengers and seven crew members on board.

"Arriving at Mahshahr airport, the pilot landed the aircraft too late and this caused him to miss the runway," local media reported.

The aviation authorities have launched an investigation into the incident.

On Saturday, an Iranian airplane en route from Tehran to Istanbul made an emergency landing at a Tehran airport because of a technical problem.

The Islamic republic had been planning to upgrade its decrepit fleet after long-standing US sanctions were lifted following the 2015 nuclear deal between Tehran and world powers.

But when US President Donald Trump pulled out of the accord in 2018 and reimposed crippling economic sanctions, the treasury department revoked licenses for Boeing and Airbus to sell passenger jets to Iran.