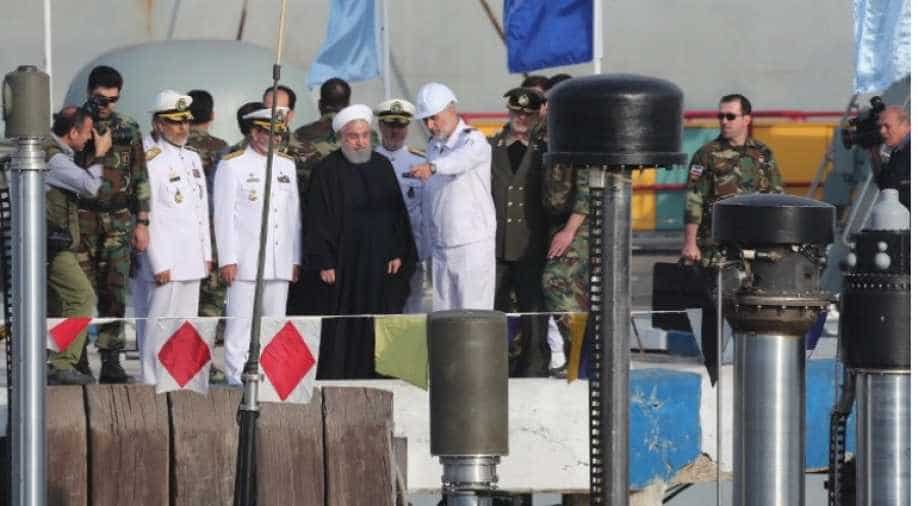 Iran on Sunday launched a new locally-made submarine capable of firing cruise missiles, state TV said, in the country's latest show of military might at a time of heightened tensions with the US.

"Today, the Islamic Republic of Iran is fully self-reliant on land, air and sea," Rouhani said.

"Our defensive power is meant to defend our interests and we have never sought to attack any country," he added.

Named the Fateh (Farsi for 'Conqueror'), Fars news agency said the new submarine is Iran's first in the semi-heavy category, filling a gap between the light Ghadir class and the heavy Kilo-class submarines that the country possesses.

Fars said the near 600-tonne underwater vessel is equipped with torpedoes and naval mines in addition to cruise missiles and can operate more than 200 metres below sea level for up to 35 days.

The US withdrew from a 2015 multilateral nuclear deal with Iran in May 2018 and re-imposed biting unilateral sanctions later last year.

Iran's Revolutionary Guards on February 7 unveiled a new ballistic missile with a range of 1,000 kilometres (620 miles), according to the elite unit's official media agency Sepah News.

The surface-to-surface missile -- called Dezful -- is an upgrade on the older Zolfaghar model that had a range of 700 kilometres, aerospace commander Brigadier General Amirali Hajizadeh said.

Rouhani said on Sunday that "pressure by enemies, the (Iran-Iraq) war and sanctions" were incentives for Tehran to be self-reliant in its defence industry.

"Maybe we would not have this motivation to industrialise our defence sector," he said if Iran could just buy the weaponry it needed.