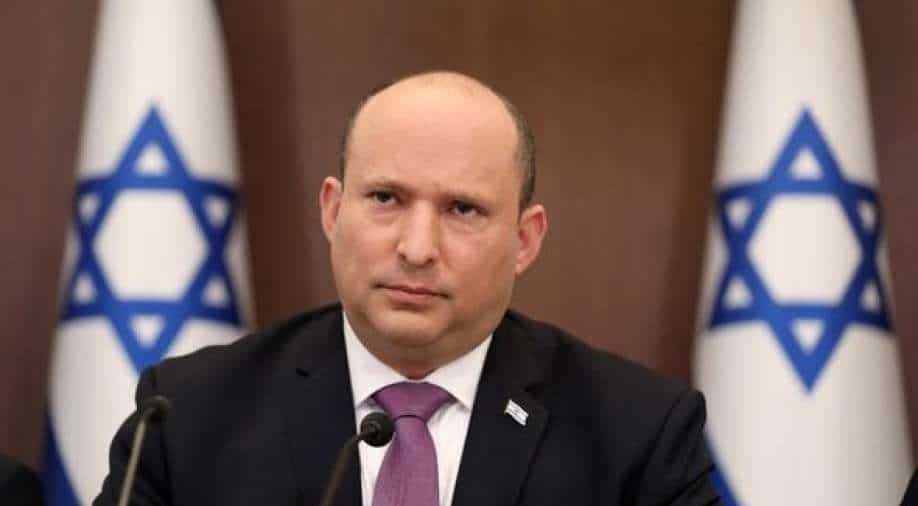 Prime Minister Naftali Bennett called on the global community to ramp up pressure against Tehran’s nuclear program and ambitions.

In an interview to UK’s Telegraph on Saturday, Bennett said, “Iran is enriching uranium at an unprecedented rate and moving dangerously close to getting their hands on nuclear weapons.”

The prime minister called on the global community to ramp up pressure against Tehran’s nuclear program and ambitions.

His comments come at a when there are several reports suggesting that Iran may have already attained the material needed to manufacture a nuclear weapon.

On Thursday, Iran switched off surveillance cameras used by the international nuclear watchdog, the IAEA, to monitor activity at the country's key nuclear facilities.

IAEA chief Rafael Grossi warned that the move could deal a "fatal blow" to negotiations that seek to revive the nuclear deal.

The absence of footage from nuclear sites deprives the negotiators of the nuclear deal —known formally as the Joint Comprehensive Plan of Action (JCPOA) —to "technically impossible to have an agreement," IAEA chief Raphael Grossi told CNN Thursday.

"Or you could have (a deal) on the basis of no information, which I suppose is not going to happen," said Grossi.

"This is why we are saying it's a very serious thing. It has consequences. Of course it does."

The IAEA has said that it did not have access to the data collected by such cameras for more than a year. The agency hopes it will gain access to that data, which remains with Iran, at a later date.