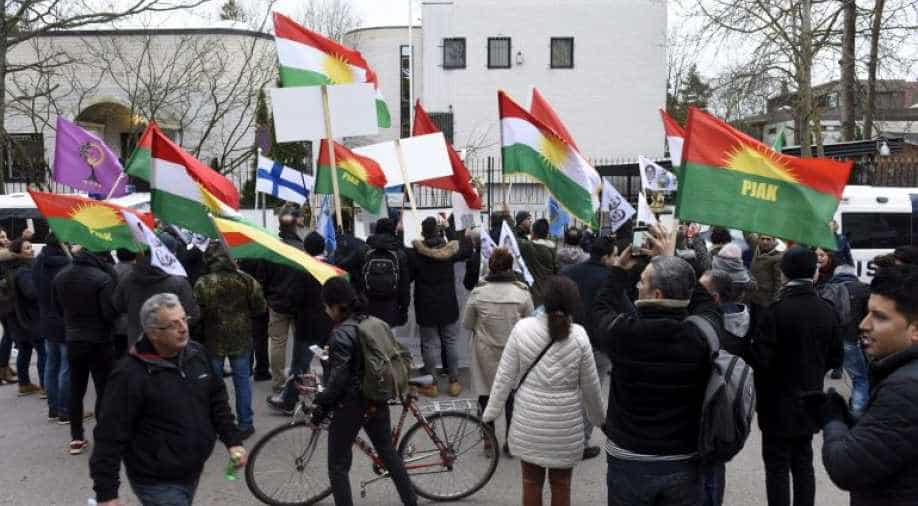 Six of those arrested were alleged to have been 'attending the riots and carrying out orders', IRNA said, without naming the official.

"Some elements who tried to collect information about the recent riots and send them out of the country... were identified and arrested," IRNA quoted the director-general of the intelligence ministry's counter-espionage department as saying.

Six of those arrested were alleged to have been "attending the riots and carrying out orders", IRNA said, without naming the official.

Two others accused of trying to collect information and transfer it abroad were arrested before they could leave the country, the news agency said.

They had all been "trained in different countries on how to collect information... as citizen-journalists", it added.

Iran's arch-foe the United States said on Tuesday it had received thousands of messages from the Islamic republic about protests, including photos and videos, after issuing an appeal for them to defy internet restrictions.

The unrest, triggered by a sharp rise in petrol prices, came after a year and a half of biting sanctions imposed by President Donald Trump that aim to contain Iran's regional role.

Amnesty International said Monday that at least 143 demonstrators have been killed since November 15 in Iran's crackdown.