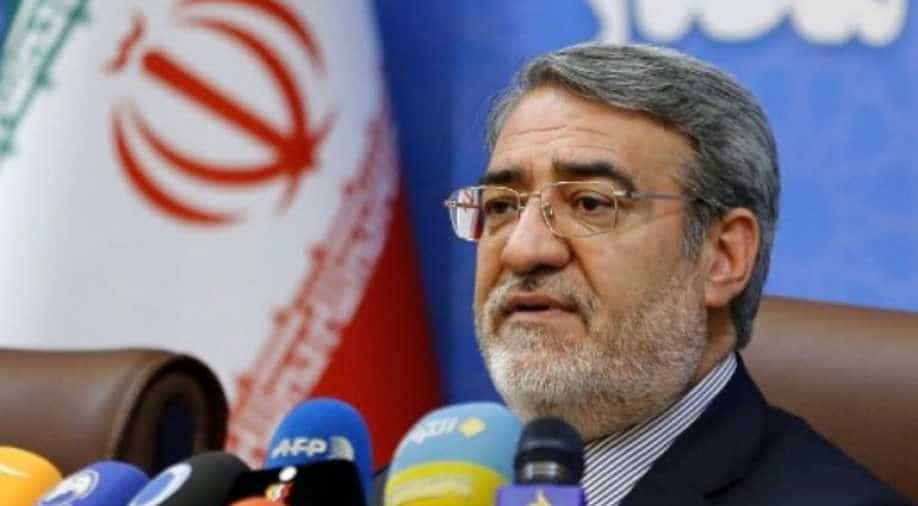 Rahmani Fazli also said up to 200,000 people took part nationwide in the unrest that began on November 15 after the announcement of gasoline price hikes.

More than 50 bases used by security forces were attacked and approximately 70 gas stations were also burned, he said, without specifying where the attacks took place.

According to IRNA, Rahmani Fazli also said up to 200,000 people took part nationwide in the unrest that began on November 15 after the announcement of gasoline price hikes.

London-based Amnesty International said on Monday it had recorded at least 143 protesters killed in the protests, the worst anti-government unrest in Iran since authorities put down the "Green Revolution" demonstrations against election fraud in 2009.

Iran has rejected Amnesty's death toll. It says several people, including members of the security forces, were killed and more than 1,000 people arrested. The Center for Human Rights in Iran, a New York-based advocacy group, said the number of arrests was probably closer to 4,000.

The protests quickly turned political, with protesters calling on top leaders to step down. The government has blamed "thugs" linked to exiles and the United States, Israel and Saudi Arabia for stirring up street unrest.

The protests came as new US sanctions imposed this year cut off nearly all of Iran's oil exports, and as similar protest movements erupted in Iraq and Lebanon against governments that include heavily armed pro-Iran factions.