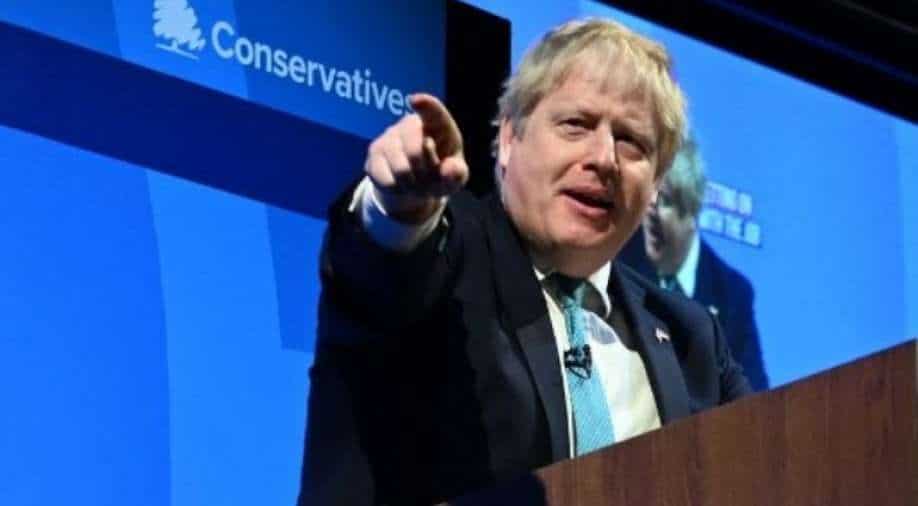 Johnson is believed to have attended six parties, which are under scrutiny, and has already been fined for one – his birthday party in the Cabinet Room on 19 June 2020 which was organised by his wife Carrie. Photograph:( AFP )

In connection with their investigation into alleged breaches of lockdown rules at gatherings held at Prime Minister Boris Johnson's office and residence, the Metropolitan Police reported on Monday that they have begun interviewing witnesses.

A police investigation is currently underway into 12 gatherings held at Downing Street after an internal investigation found Johnson's staff had attended alcohol-fueled parties, with the British leader making an appearance at some of the events.

"Detectives investigating allegations of breaches of COVID-19 regulations in Downing Street and Whitehall have begun to interview people, as witnesses, as part of their ongoing enquiries," the Met said in a statement.

Police say over 100 questionnaires have been sent in connection with the investigation, with initial responses helping identify more individuals who are now being sent questionnaires.

Johnson was among those who received a questionnaire about the gatherings.

The alleged gatherings took place at a time when many people due to COVID-19 lockdown rules weren't even given the chance to attend funerals or say goodbye to loved ones who were dying in hospitals.

There was widespread anger about the revelations, and even a few politicians within the prime minister's party joined the opposition in calling for him to resign.

In the wake of Russia's invasion of Ukraine, some, such as Douglas Ross, a Conservative leader in Scotland, backed away from that call, saying that the focus now should be on the war.

According to the police, no individuals have yet been referred for a fixed penalty notice, which is issued to those suspected of breaking COVID rules.

In the statement, it was stated that the investigation was proceeding as quickly as possible, but it did not indicate when it would be completed.