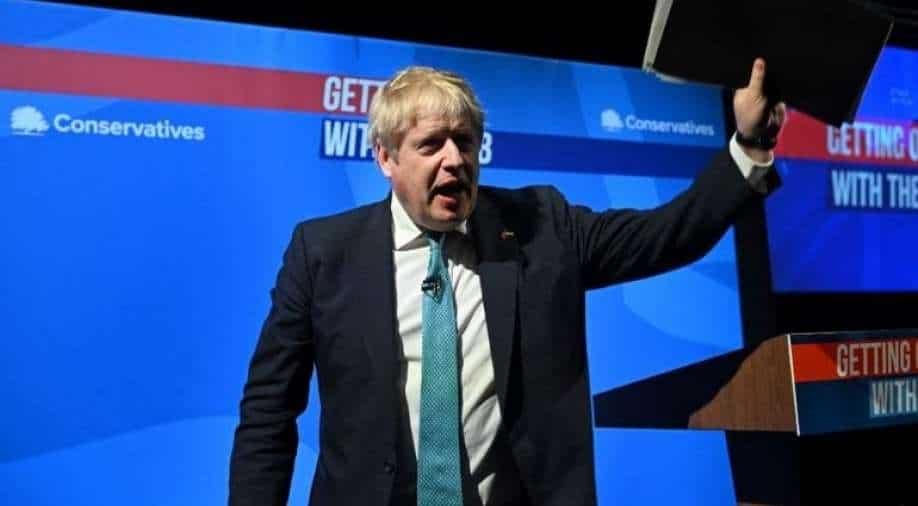 Britons voted in June 2016 by a 52 per cent to 48 per cent margin to leave the European Union, while Ukraine made a formal request to join on February 28, four days after Russia sent its troops into the country

"I can give you a couple of famous recent examples. When the British people voted for Brexit, in such large, large numbers, I don't believe it was because they were remotely hostile to foreigners. It's because they wanted to be free to do things differently and for this country to be able to run itself," Johnson said.

“There are some around the world, even in some western governments, who invoke what they call realpolitik. And you say that we’re better off making accommodations with tyranny,” he added.

Britons voted in June 2016 by a 52 per cent to 48 per cent margin to leave the European Union, while Ukraine made a formal request to join on February 28, four days after Russia sent its troops into the country.

The British leader was accused by opponents of making a crass comparison by likening Ukraine’s fight against invasion to the UK’s exit from the European Union.

Conservative peer Lord Barwell said voting in a referendum was not "in any way comparable with risking your life" in a war, while Liberal Democrat leader Sir Ed Davey said it was an "insult" to Ukrainians.

"This is an utterly depraved argument," opposition Labour lawmaker Chris Bryant said of Johnson's speech. "Ukraine wants to join the EU. The people of (EU member states) France and Spain are also free."

Johnson said that Russia’s invasion of Ukraine was a “turning point for the world,” arguing that a victory for Russian President Vladimir Putin’s forces would herald “a new age of intimidation.”

Speaking to a Conservative Party conference in Blackpool, northwest England, Johnson claimed Putin was “terrified” that the example of a free Ukraine would spark a pro-democracy revolution in Russia.

“That is why he is trying so brutally to snuff out the flame of freedom in Ukraine and that’s why it is so vital that he fails,” Johnson said.

Moscow refers to its actions in Ukraine as a "special operation" to weaken its southern neighbour's military capabilities and root out people it calls dangerous nationalists.

Ukrainian forces have mounted stiff resistance and Western countries have imposed sweeping sanctions on Russia in an effort to force it to withdraw its forces.