International tourism to plunge up to 30% due to virus: UN 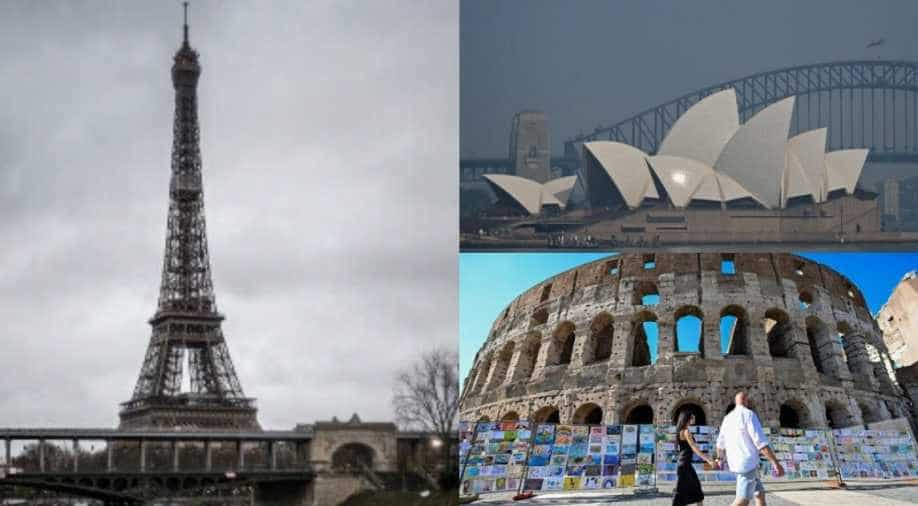 The body had predicted at the beginning of the year that international tourism would grow by 3.0-4.0 per cent in 2020.

International travel will likely fall by 20-30 per cent in 2020 due to the novel coronavirus pandemic, putting millions of jobs in the global tourism sector at risk, the World Tourism Organisation said Friday.

This revises sharply lower a forecast made on March 6 of a decline of just 1.0-3.0 per cent due to the travel restrictions put in place to curb the spread of the disease and economic fallout of the outbreak.

The drop in arrivals will lead to an estimated loss of $300-450 billion in international tourism receipts, almost one-third of the $1.5 trillion generated in 2019, the Madrid-based UN body said in a statement.

The UNWTO said it had revised its forecast to take into account "the unparalleled introduction of travel restrictions across the world" but added it "should be interpreted with caution in view of the extreme uncertain nature of the current crisis."

The body had predicted at the beginning of the year that international tourism would grow by 3.0-4.0 per cent in 2020.

"Tourism is among the hardest hit of all economic sectors," the body's secretary-general, Zurab Pololikashvili, said in the statement, adding "it is clear" that millions of jobs within the sector are at risk.

The UNWTO noted that small and medium-sized businesses make up around 80 per cent of the tourism sector, which "leads the way" in providing jobs for women, youths and rural communities.

By comparison, international tourism arrivals declined by 4.0 per cent in 2009 during the global economic crisis and by just 0.4 per cent in 2003 after the outbreak of Severe Acute Respiratory Syndrome (SARS) which killed 774 people worldwide, it added.

Governments around the world have restricted travel as they scramble to contain the spread of the disease which has claimed over 23,000 lives worldwide since it first emerged in China late last year.

More than three billion people around the world are currently living under lockdown measures.

Major cultural events and business conferences have been called off to limit contact between people and airlines have drastically cut back the number of flights they offer.

International tourism arrivals rose by 4.0 per cent in 2019 to 1.5 billion, with France the world's most visited nation, followed by Spain and the United States.

The tourism industry accounts for about 10 per cent of the world's GDP and jobs.