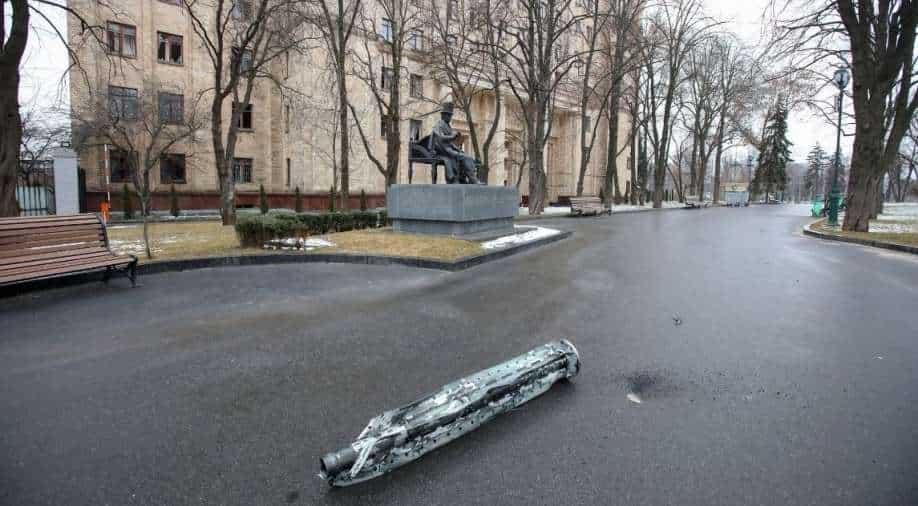 A view shows an ammunition case in a street in Kharkiv, Ukraine, March 1, 2022. Photograph:( Reuters )

On Monday, Russia's UN Ambassador Vassily Nebenzia said that the 12 Russian diplomats had been asked to leave by March 7

A spokesperson for the US Mission to United Nations on Tuesday (March 1) said that amid the Russia-Ukraine conflict , the US is expelling a Russian "intelligence operative" who works at the United Nations.

The US has levelled accusations of espionage for the second day running on Tuesday and it has targeted Russians working at the United Nations.

News agency Reuters reported citing a spokesperson who commented on the condition of anonymity that the US began the process on Monday "to require the departure of one Russian intelligence operative working at the United Nations who has abused their privileges of residence in the United States".

"We regret that we find ourselves in this situation, but are engaging with the host country," said UN spokesman Stephane Dujarric on Tuesday of the expulsion of the Russian UN staff member.

"What makes this decision a little difficult to understand is that the staff member was scheduled to end his assignment on March 14th," Dujarric said.

On Monday (February 28), Russia's UN Ambassador Vassily Nebenzia said that the 12 Russian diplomats had been asked to leave by March 7.

Nebenzia described the move by the US as "hostile" and said Russia would respond "because it's diplomatic practice."

When asked if there was any link with Russian President Vladimir Putin's invasion of Ukraine, the spokesperson said that the request, like the expulsion of the 12 diplomats, had been in the works for "months."