Inspiration4: What we know so far about SpaceX’s first 'all civilian' space mission 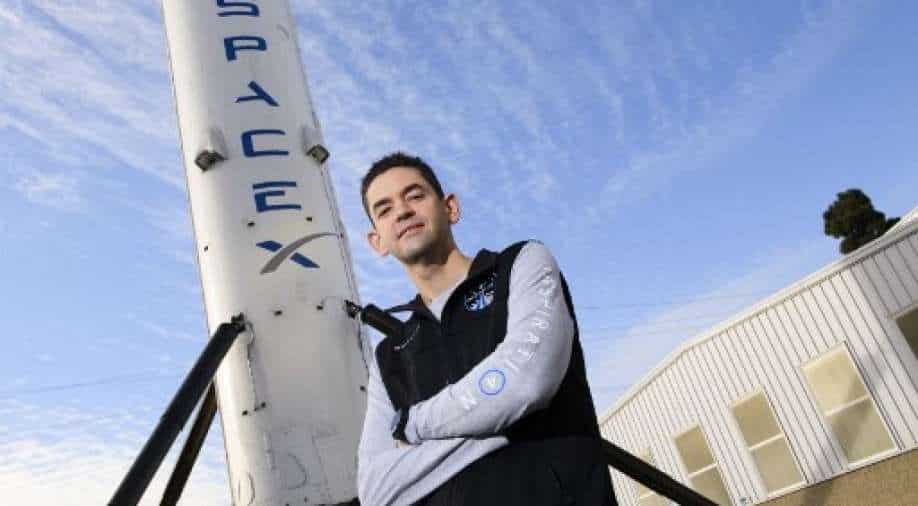 Since none of the four participants has any prior formal astronaut training, the flight has been called the first “all civilian” space mission

On September 15, billionaire Jared Isaacman and his crew would be leaving Earth in the first crewed space mission into the orbit with no professional astronauts on board SpaceX Dragon capsule.

The mission, dubbed as ‘Inspiration4’, will lift off from NASA’s Pad 39A at Kennedy Space Center in Florida and head on a three-day journey around Earth.

Apart from Issacman, the founder of Shift4 Payments, the mission will have three civilians.

Since none of the four participants has any prior formal astronaut training, the flight has been called the first “all civilian” space mission

As the race to reach space seems to be high on the agenda of the billionaires, let’s look at what we know so far about the mission and the crew members.

Inspiration4 is a private mission which will be chartered by Jared Isaacman, the billionaire founder of Shift4 Payments. He will be joined by Hayley Arceneaux, Sian Proctor and Chris Sembroski.

“The Inspiration4 crew will travel across a low earth orbit on a multi-day journey that will continually eclipse more than 90 per cent of the earth’s population,” the company said in a statement.

But the primary purpose of Inspiration4, the site states, is to raise awareness and funds for St. Jude Children's Research Hospital and begin “a new era for human spaceflight and exploration.”

Through the Inspiration4 mission, Isaacman seeks to raise more than $200 million for St Jude Children’s Research Hospital, a pediatric cancer research hospital that does not charge the families of children for their treatment. Isaacman has pledged $100 million out of his own pocket.

Jared Isaacman is a 38-year-old billionaire who dropped out of high school at the age of 16 and then founded a payments technology company. He is an accomplished jet pilot and is rated to fly commercial and military aircraft. In 2011, Isaacman co-founded Draken International to train pilots for the US Armed Forces.

Hayley Arceneaux is a physician and works at St. Jude Children’s Research Hospital. She will serve as medical officer for the flight.

Sian Proctor is a geology professor, science communicator, and commercial astronaut. Her father worked at the NASA tracking station during the Apollo missions. She’s an analog astronaut (a person who conducts activities in simulated space conditions).  She will be the pilot of the Inspiration4 mission.

Chris Sembroski is a 38-year-old data engineer and Air Force veteran. He has conducted simulated space shuttle missions as a US Space Counselor and then served in the US Air Force, maintaining a fleet of ICBMs before leaving active duty in 2007. Sembroski has a BS in Professional Aeronautics.

The mission will use the Crew Dragon Resilience capsule. This will be the second flight of the spacecraft, which first flew on the SpaceX Crew-1mission and splashed down in the Gulf of Mexico on May 2, 2021.

SpaceX has also installed a custom camera inside the retractable nosecone covering the cupola, which once in orbit will be able to take pictures of the four astronauts, Earth, space, and the stars.

During the three-day period, the crew will perform try to find how space affects the human body. Flying at 17,000 kilometres per hour, the crew will collaborate with SpaceX, the Translational Research Institute for Space Health (TRISH) at Baylor College of Medicine and investigators at Weill Cornell Medicine.

Isaacman said, “The crew of Inspiration4 is eager to use our mission to help make a better future for those who will launch in the years and decades to come.”

“We are proud that our flight will help influence all those who will travel after us and look forward to seeing how this mission will help shape the beginning of a new era for space exploration," he added.

SpaceX will also collect environmental and biomedical data as well as biological samples like blood from the crew before, during and after the mission, which will be studied for future crew missions that SpaceX has in the pipeline.

The company is already in plans to launch to Mars in the future which requires a great deal of human research.