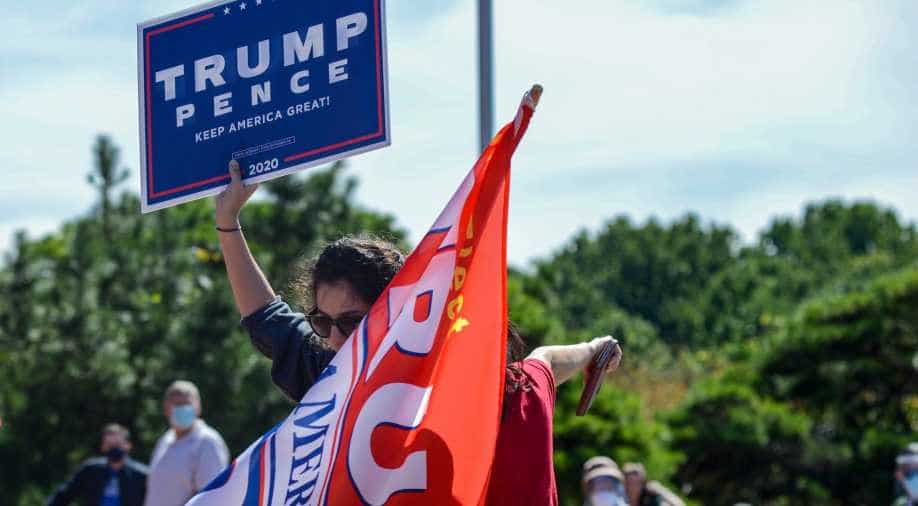 With polls showing Trump trailing Joe Biden nationally and in most swing states, the president has increasingly focused attention on the voting process, declaring that the only way he could lose is if the election is rigged and refusing to commit to a peaceful transfer of power.

When President Donald Trump used the prime-time debate last week to urge his supporters to “go into the polls and watch very carefully,” he wasn’t just issuing a call for a grassroots movement or raising the prospect of intimidation tactics at voting sites. He was also nodding to an extensive behind-the-scenes effort led by the lawyers and operatives on his campaign.

Over the summer, Trump named a new campaign manager, Bill Stepien, who was once a top aide to former Gov. Chris Christie of New Jersey before being fired amid the “Bridgegate” scandal. Stepien swiftly elevated a group of lieutenants focused on using aggressive electoral tactics, moves that led Marc E. Elias, the leading election lawyer for the Democratic Party, to tweet that Trump was “tripling down” on “opposing voting rights.”

One of the main architects of the effort is Justin Clark, whom Stepien promoted to deputy campaign manager. He has been viewed with suspicion among Democrats since he was recorded last year saying, “Traditionally it’s always been Republicans suppressing votes in places,” and adding that in 2020 the party would “start playing offense a little bit.”

Other key figures in the campaign include a senior aide who once oversaw a right-wing information-gathering operation for the conservative Koch brothers; an adviser who was involved in a secretive vote-challenge operation for President George W. Bush’s reelection campaign in 2004; and a campaign counsel who is coordinating a series of lawsuits aimed at preventing the expansion of mail voting.

With polls showing Trump trailing Joe Biden nationally and in most swing states, the president has increasingly focused attention on the voting process, declaring that the only way he could lose is if the election is rigged and refusing to commit to a peaceful transfer of power. With the election less than a month away, his campaign has moved the idea of voting irregularities to the forefront of both its ground operations and its legal strategy.

The campaign is trying to shape the voting process in many ways. Following the president’s lead, it has undertaken a legal and rhetorical assault on mail-in balloting, claiming with no evidence that it is rife with fraud. It is also pushing the boundaries of traditional poll monitoring in ways that many Democrats believe amount to voter intimidation. And it has put legal pressure on states to aggressively purge their voter rolls.

Campaign officials tried to downplay Democratic anxiety and insisted they wanted everyone to vote who wants to do so.

“I think we need to just realize that we’re in a political campaign and all just follow the law,” Clark said in an interview. “There are laws everywhere about how many feet you can stand outside of a polling place and what you can wear and what you can do.”

Few of the campaign’s practices have prompted as much attention as its extensive plans for poll watching. While both parties have trained official poll watchers for decades, the president has stirred alarm among Democrats and some voting experts who fear he is encouraging extralegal menacing at polling sites by far-right groups and even random Trump supporters.

At the debate Trump said that the Proud Boys, a far-right extremist group, should “stand by,” a comment some interpreted as a call to arms in aiding his election prospects in ways that could intimidate voters.

Those fears were heightened by an episode in Fairfax, Virginia, last month, when Trump supporters disrupted early voting, impeding access to a polling site.

“These are not trained poll workers, these aren’t people who were recruited to do anything,” Clark said. “There are — shocker — there’s going to be politics in a presidential race. And people are going to wave flags and show stuff and drive around and hold mini-rallies and hold sign-waving rallies and do things like that, and it happens in a lot of places.”

Clark and other campaign officials have said they will put 50,000 poll watchers and electoral observers on the ground, including at least 1,600 in Philadelphia alone. They are instructing them to record minutiae like the timing of paper jams at polling places, but also pushing beyond the typical activity by monitoring people picking up absentee ballots and videotaping the drop boxes where they deposit them. Trump has even floated the idea of sending sheriffs to the polls.

Republican administrations in several states, including the battleground of Georgia, have appointed voter fraud task forces they say are designed to root out cheating, though Democrats view the panels, stacked with Republican prosecutors, as instruments of voter suppression.

“These come out of somebody’s Republican playbook,” said Cathy Cox, a Democrat who served as Georgia’s secretary of state. “Unfortunately the goal is to intimidate people and ultimately suppress votes.”

One Trump campaign official recently emailed party officials in North Carolina and told them “to not follow the procedures outlined” in a memo sent out by the state Board of Elections. Republican officials have also been tied to efforts to aid third-party candidates who could siphon votes from Biden.

The most visible Republican effort is in the courts. Matthew Morgan, who was promoted to campaign counsel this summer, had been directing a flurry of election litigation and challenging attempts to expand mail-in voting. Like Trump, he has disparaged mail balloting, claiming without evidence that “universal vote by mail opens the door to chaos and fraud.”

Election Day operations are now coordinated by Michael Roman, a Philadelphia native who once oversaw an operation for billionaires Charles G. and David H. Koch that surveilled and gathered information on liberal adversaries. He frequently airs baseless claims that Democrats are plotting to “steal the election.” Roman also played a central role in promoting a 2008 video of two members of the New Black Panther Party outside a Philadelphia polling place, one carrying a baton; the video became a long running flash point for the right-wing media’s claims of election interference by Democrats.

“This is somebody who I think has a reputation for hyping and distorting incidents to make it appear as though Democrats are cheating, and I think it adds to an overall dangerous message about election rigging,” said Richard L. Hasen, a professor at the University of California, Irvine School of Law who writes the widely read Election Law Blog.

Other notable figures doing work for the campaign include Bob Paduchik, a senior campaign adviser, who was involved in a secretive operation during the 2004 Bush campaign dubbed the “Voter Reg Fraud Strategy.” The effort was aimed at challenging the legitimacy of absentee voters, according to emails released in a lawsuit filed by the Democratic National Committee.

Poll watching is regulated by differing state laws. In official training videos, Republicans instruct workers to be courteous to Democrats, dress appropriately and stay on their toes: “Do not zone out.”

This year, for the first time in more than three decades, the Republican National Committee is taking an active role in poll watching, after the courts in 2018 lifted a consent decree that had barred the RNC from doing so. The ban stemmed from the committee’s involvement in an operation to intimidate New Jersey voters in 1981.

There are already signs that Republicans, who have won only one popular presidential vote since 1988, will be unusually aggressive. In recent weeks, the Trump campaign sent personnel to attempt to enter satellite facilities in Philadelphia where voters could pick up and fill out mail-in ballots — offices that are not regarded as polls. (In an interview, Morgan pushed back on that concept, saying: “They say this is not a polling place. To us this sounds absurd, when you can register, get your ballot and vote in that location. So we don’t accept that premise.”)

States led by Republicans are also working to restrict access to voting; in Texas, for instance, Gov. Greg Abbott last week moved to close many of the locations where voters can drop off their ballots.

Campaign officials said they had not been in contact with any outside groups to encourage or tacitly support unofficial poll watching and protests at polling sites, beyond the official poll watching activity that typically occurs. And they were confident there would not be a repeat of the kind of intimidation tactics that led to the consent decree.

“That’s why we are recruiting people,” Clark said. “We are training them, we are working with them to make sure that they’re doing things the right way.”

Still, Trump stirred alarm at the debate last week by equivocating when asked to condemn the Proud Boys; he only denounced them later amid criticism after the debate. When asked by The New York Times, the campaign also declined to renounce such groups.

Frank Figliuzzi, a former FBI assistant director of counterintelligence, said the president’s remarks could be interpreted by violent right-wing groups as “a call to action, a call to arms.” Figliuzzi said the organizations’ online communications reveal they are making plans to gather at polling stations.

“There are specific posts, from Proud Boys, for example, that encourage it,” Figliuzzi said during a call held by the Lawyers’ Committee for Civil Rights Under Law, a voting rights group.

Such groups also point to curiously timed and seemingly alarmist announcements of voting fraud investigations arising from small incidents. The Justice Department, for instance, announced it was starting an inquiry after a handful of ballots were found in a garbage can in Pennsylvania, apparently accidentally discarded by a contract worker. It was a highly unusual step, coming as the Trump administration weakened long-standing department policy that discouraged making voter fraud investigations public before an election.

Like the Justice Department, Trump’s campaign is also amplifying his message.

Clark added, “He’s committed on this.”