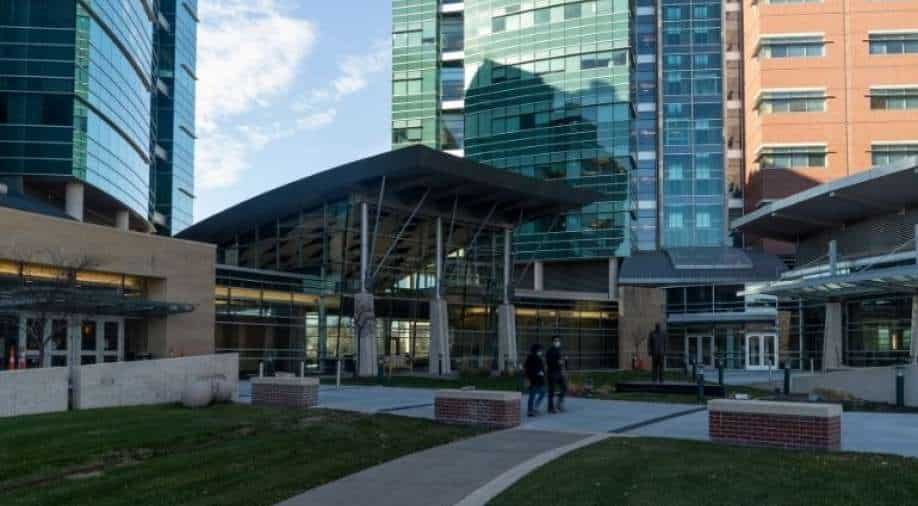 More states are finding cases of the new variant. Tracking its spread, experts say, is key to understanding what threat it poses

Researchers in Nebraska had just finished sequencing six samples of the omicron variant, the most discovered anywhere in the United States. They just didn’t know it yet.

In a closet-size room with two chairs and no windows, the scientists had extracted the genetic information from 64 new coronavirus samples, as they do every day, to determine whether any of those patients might have the worrisome new variant. Hours later, Dr. Baha Abdalhamid opened an email and saw the results.

“This batch, I was waiting for it,” said Abdalhamid, assistant director of the Nebraska Public Health Laboratory. “Once I downloaded the results as an Excel sheet, I screened the 64 samples right away, and sure enough, six of them were omicron.”

Around the world, scientists are racing to understand how widespread omicron is and how severe a threat it may pose. That has placed labs such as Abdalhamid’s on the front lines of the fight against the coronavirus pandemic.

Underscoring growing concerns about omicron, scientists in South Africa said Friday that the variant appeared to spread more than twice as quickly as delta, until now the most contagious version of the virus. It is still unclear whether or to what degree omicron may evade protection from the current vaccines.

In the United States, a hunt for the variant began last week when South African researchers announced omicron’s array of worrisome mutations. The search has intensified in recent days, with at least 12 states identifying cases. Researchers are combing through wastewater samples for any sign of the variant. Contact tracers are ramping up efforts in places where cases have emerged.

And at sequencing labs such as the one in Nebraska, a state where case rates are already high and hospitals are already strained, scientists have sped up the screening of samples from international travelers to see if omicron has arrived.

Local health officials in rural southeastern Nebraska said that among the cases Abdalhamid found, one person had recently traveled to Nigeria and was believed to have passed the virus on to the five others in the same household after returning to Nebraska. None of the patients has had severe symptoms; only one had been vaccinated.

“The concern is what might start showing up if it starts coming in here,” Peter Iwen, director of the Nebraska Public Health Laboratory, said Thursday before the local cases had been found. “Are we going to see the same wave? Or where this one falls out and this other one starts to take off?”

As word spread on Thanksgiving about the discovery of omicron in Africa, scientists in the United States diverted from their holiday weekends and began searching for clues about whether the variant was here, too. They looked back through old virus samples to see if omicron had been spreading quietly. They took a closer look at recent positive tests. They began studying omicron’s mutations so they could detect it manually in the genetic code if their sequencing software did not.

Experts say knowing where and how extensively omicron is circulating is the best way to understand and respond to the level of threat it poses. Scientists have expressed concern about omicron’s mutations and the impact they could have on transmissibility, disease severity and the ability to dodge prior immunity.

So far, there is limited real-world data to confirm those concerns, but it is increasingly clear that omicron is already present in much of the United States. On Wednesday, scientists in California announced a case. Then on Thursday came an announcement in Minnesota about a person who tested positive after attending an anime convention in New York. Within hours, five cases had been found in New York, as well as one in Colorado and another in Hawaii.

On Friday, more cases emerged, including one each in Louisiana, Missouri, New Jersey, Pennsylvania and Utah and three in Maryland. Many, but not all, of the cases had been linked to travel.

All that adds urgency to the work in the Omaha lab, situated behind locked doors in a research building at the University of Nebraska Medical Center. Each day, researchers there extract RNA from 64 nasal swabs sent in from across the state and run that material through two machines that, after about 18 hours, produce a genetic sequence for each infection.

They focus on the highest-risk cases: those involving large outbreaks or children or international travelers. The results, which are uploaded into a global database, show them which variants are present in the state and whether individual cases are linked to one another. When a New York Times reporter and photographer visited the lab Thursday, the scientists had just finished sequencing the samples that included the six omicron cases but had not yet examined the results.

“If we have a cluster of people, like 10, 15, 20 people — one of them is detected with omicron. The others, do they have omicron or not? If they have omicron, how related are those omicron viruses to each other? Are they the same?” Abdalhamid said, explaining some of the questions he would try to answer when the variant turned up in his lab. “Are they one clone, one cluster? Or more than one cluster?”

That level of detail, largely unavailable before this pandemic, can then inform the response of public health officials.

“It’s amazing that we’re able to do that because it used to be really all you had to go on was asking questions,” said Dr. Lindsay Huse, health director in Douglas County, which includes Omaha. “It just helps us be a lot more targeted in the recommendations and the mitigation efforts that we’re putting in.”

At the beginning of this year, American researchers were publishing the sequences of a few thousand virus samples each week, leaving the United States far behind other countries in its ability to identify and respond to variants. Since then, sequencing capacity has ramped up considerably, to about 80,000 virus samples a week and 14% of all positive PCR tests.

For the past few months, almost every sample that researchers have examined has shown the highly transmissible delta variant, which drove up case totals in the South over the summer and is fueling ongoing surges in much of the Midwest and Northeast.

“It was kind of getting boring, quite honestly, because it was 100% delta,” said Richard Michelmore, a researcher at the University of California, Davis, who examines the lineage of coronavirus samples in his area.

In recent days, as word of omicron spread, Michelmore said his lab revived a program to acquire and examine samples from underserved populations. Although it is too early to know just how dangerous omicron is, Michelmore has little doubt that it will soon turn up in his lab.

“It’s a matter of when,” Michelmore said. “My prediction: We will have seen it probably by Christmas.”

The introduction of omicron comes at a precarious moment in the country’s virus fight. Although infection and hospitalization levels remain far lower nationally than they were a year ago, before vaccines were available, some states in the Upper Midwest and Northeast are overrun with the delta variant and are enduring their worst case surges of the pandemic.

Federal medical teams have been sent to bolster staffing at hospitals in Minnesota and Michigan. Case rates have soared to record levels in Vermont and New Hampshire. And in Nebraska, hospital officials have held news conferences this week to issue warnings about limited capacity and pleas to get vaccinated.

“It’s serious: Our hospitals, they’re out of resources at this point in terms of beds,” said Huse, the Douglas County health director.

It has been almost two years since the virus began to emerge in the United States — including in overseas travelers who quarantined on the same Omaha campus where the six omicron cases were detected this week. Unlike then, omicron has so far not brought a push to impose lockdowns or sweeping restrictions on everyday life. Instead, as Nebraska Gov. Pete Ricketts put it in a statement Friday after the state’s new cases were announced, there is a sense that “coronavirus will be with us forever.”

“Nebraska has maintained one of the lowest coronavirus death rates and protected our hospital capacity all without lockdowns, without mask mandates and without vaccine mandates,” Ricketts, a Republican, said in a statement.

He pledged that those policies would continue.