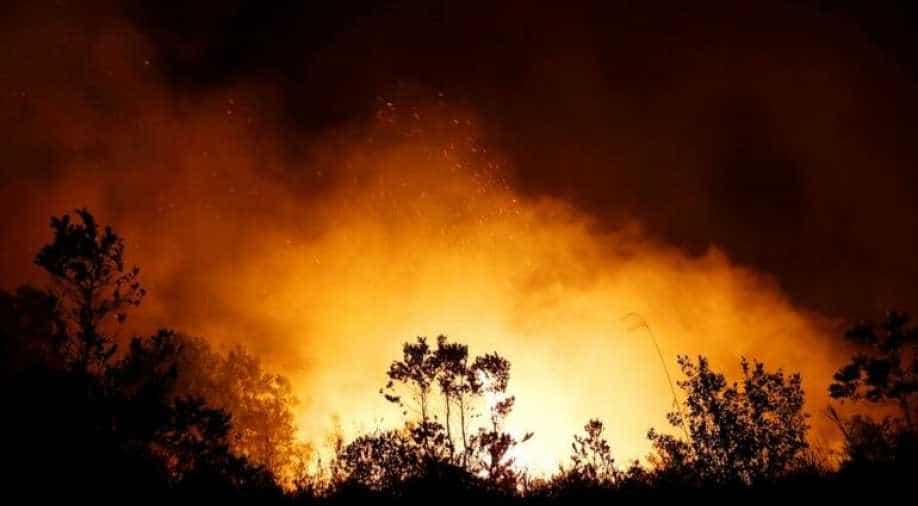 Indonesia's neighbours complain about the impact of the smoke drifting in, the criticism at home, where the smoke is usually much more severe, has been more muted.

Indonesia is facing a backlash over an online campaign backing palm oil at a time when forest fires, often linked to slash-and-burn land clearance, have spread choking smoke across the region, raising a growing concern about damage to health.

The Southeast Asian country is the world's biggest producer of the edible oil and is often vilified abroad for the destruction of forests to make way for plantations, and for the fires that are often started to clear the land.

While Indonesia's neighbours complain about the impact of the smoke drifting in, the criticism at home, where the smoke is usually much more severe, has been more muted.

But that might be changing if the reaction to a government campaign launched to support the palm oil industry is anything to go by.

"We plant palm to fulfil Indonesia's needs, including to develop biodiesel and to lift Indonesia's hopes," the cheery Good Palm campaign said on its Twitter account - @SawitBaikID.

But the campaign, launched by the government and the state Palm Crop Estate Fund agency, could not have come at a worse time.

Fires, at their most serious since 2015 because of an El Nino weather pattern causing an extended dry spell, have been sending clouds of acrid smoke up over Sumatra, parts of Borneo islands and beyond for more than a month.

The government, once again trying to deflect the anger of its neighbours, has sent in more than 9,000 workers to try to beat down and douse the flames.

The smoke, or haze as it is known, has forced schools and airports to shut, while tens of thousands of people have suffered from respiratory problems.

In one widely reported case, a four-month-old girl from a haze-hit village on Sumatra island died this week.

Doctors said she bore signs of lung infection, though they have yet to give the official cause of death.

"The government should stop using the 'palm oil is a very productive crop' card to justify their negligence on the poor management of existing palm oil plantations," wrote one Twitter user - @agnarendra.

#SawitBaik is definitely a misplaced campaign amidst the forest fires in Indonesia and the government should stop using the 'palm oil is a very productive crop' card to justify their negligence on the poor management of existing palm oil plantations https://t.co/RUieFY0Z6M

Put out the fire

Sheany, a journalist based in Bali, who uses only one name, said it was "bizarre" that the authorities were launching their campaign to make palm oil look good at this time.

"So many Indonesians living in those areas are choking," she said.

In another sign of changing attitudes towards palm oil, some supermarkets in the capital, Jakarta, have begun displaying products with "palm oil-free" labels, to the anger of government officials.

Dono Boestami, head of the Palm Crop Estate Fund, defended the campaign to support palm oil, noting the "huge contribution" it makes to the economy.

Authorities say the fire has scorched 328,000 hectares (810,000 acres) of land since January but it is not clear how much of that has been to make way for palm plantations.

Greenpeace Indonesia said 80% of cleared forests had been turned into becoming palm and pulpwood plantations.

Referring to the Good Palm campaign, Greenpeace called for tighter controls of the palm oil industry.

Environmentalists say poor farmers are often blamed for the fires when the plantation companies egg them on, knowing they can expand later into the land that has been cleared.

Police say many of the fires are started in the forest and scrub next to plantations, which are often untouched.

The chairman of Indonesia's palm oil association, Joko Supriyono, said the companies should not be blamed for fires they do not start.

"There are reports from our members that fires on their concessions were because of widespread fires outside of the concessions," he told foreign correspondents on Tuesday.

President Joko Widodo has not responded directly to the backlash. This week, he attended Islamic prayers for rain in an area shrouded in heavy haze.

"We have done everything we can, but the correct way is to prevent this from ever happening. Whenever there's a fire, it should be put out," Widodo said in a statement.