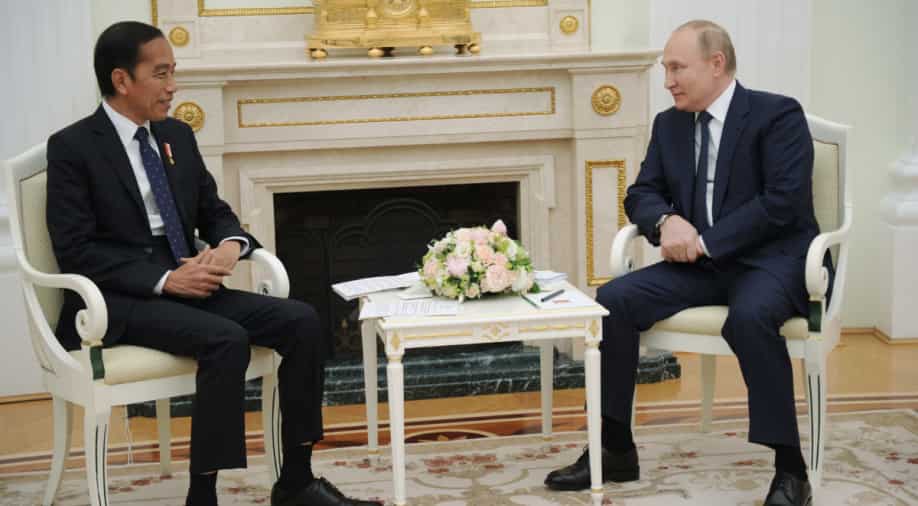 Amid the ongoing Russia-Ukraine war, Indonesian President Joko Widodo met with his Russian counterpart Vladimir Putin on Thursday (June 30). Before Putin's meeting, he was in Ukraine to push for peace and if not that, at least to discuss the food supply crisis with the Russian leader. Widodo, popular as "Jokowi", said in Moscow that he delivered a message from Ukrainian President Volodymyr Zelensky to Russian leader Putin. After talks with the Russian president in comments translated into Russian, Widodo said: "I conveyed President Zelensky's message to President Putin." He also added that he expressed his "readiness" to help start "communication" between the two leaders.

After the meeting, the Russian President told reporters that he is ready to fulfil Indonesia's demand for fertilisers. Putin said requests from farmers in Indonesia and other "friendly countries" would be met in full by Russian providers.

The Russian president also said that Russia intends to honour its contractual obligations regarding supplies of energy, food and fertilisers abroad.

The Indonesian President, who was in Kyiv on Wednesday before heading to Moscow, did not provide further details, and neither side said what was in the note.

Widodo said in Moscow: "Although the external situation is still difficult, it is still important to move towards a settlement and open dialogue,"

"I call on all world leaders to revive the spirit of cooperation," Widodo said, further adding that his country would like "the war to end soon".

Right now, there is an apparent pressure by West on Jakarta to exclude Putin from the G20 gathering, in Which Putin is invited.

Also, Zelensky told Widodo that he will attend the upcoming G20 summit in Bali depending on who else is attending.