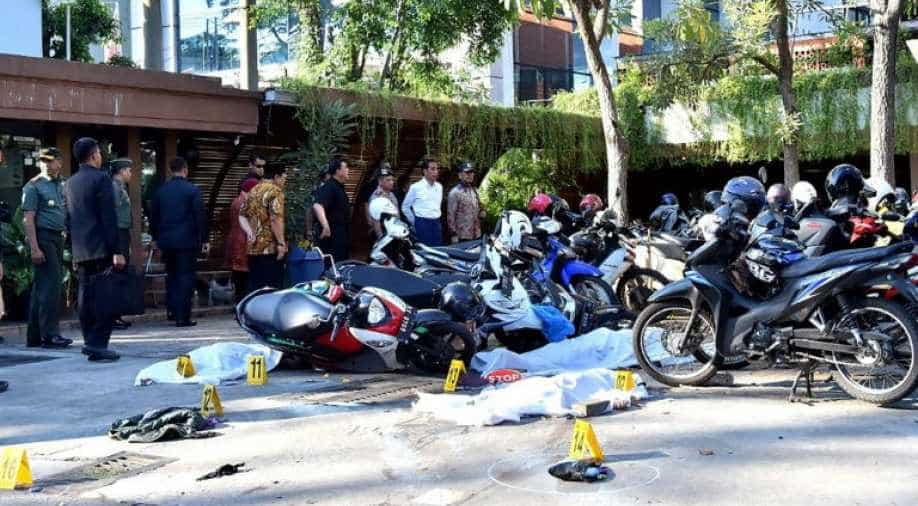 A family of five, including a child, carried out the suicide bombing at a police headquarters in Indonesia's second city Surabaya today, police said, a day after a deadly wave of attacks on churches staged by another family.

The family, riding on two motorbikes, blew themselves up at a checkpoint outside the police station, Police Chief Tito Karnavian told a news conference. The young child survived and is now recovering, he said.

"There were five people on two motorbikes. One of them was a little kid," national police chief Tito Karnavian said. "This is one family." An eight-year-old girl from the family survived the attack and was taken to hospital, while her mother, father and two brothers died in the blast, he said.

Another 10 people were wounded in the attack including civilians and police officers.

Ambulances and the bomb squad descended on the chaotic scene with the CCTV images showed the mangled wreckage of a motorbike at the security gate at the headquarters in the heart of the city.

Separately on Sunday, three members of another family were killed when homemade bombs exploded at an apartment in Sidoarjo, a town bordering Surabaya, police say.

IS claimed responsibility for the church attacks in a statement carried by its Aamaq news agency. It didn’t mention anything about families or children taking part and said there were only three attackers.

US urges citizens to 'reconsider' travel to Pakistan, issues advisory