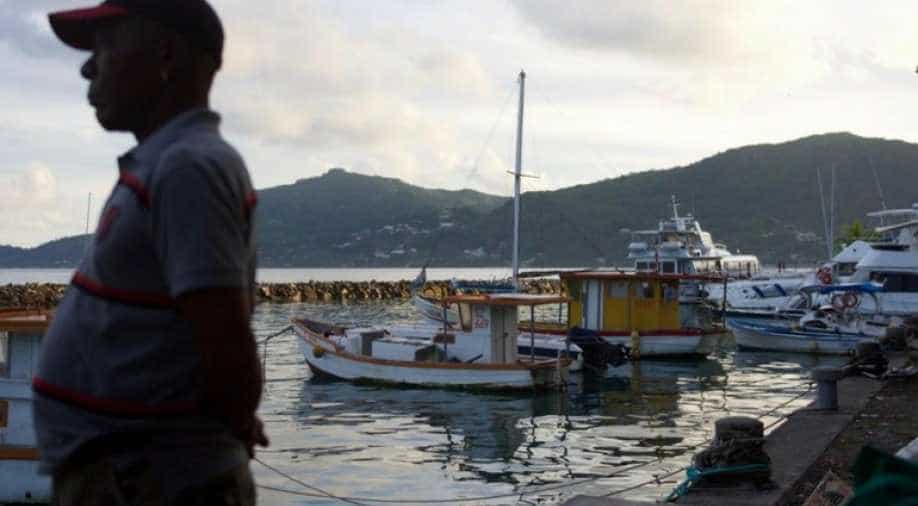 Some fear an influx of Indian workers who, they say, might come to dominate the economy, while others consider a foreign power building a military base an affront to sovereignty and national pride. Photograph:( AFP )

Seychelles' opposition coalition, which holds a majority in parliament, said Tuesday it would not ratify a deal signed with India to build a military base on one of the archipelago's outlying islands.

The deal would see India invest $550 million dollars in building the base on Assumption island to help it ensure the safety of its vessels in the southern Indian Ocean.

Indian soldiers would be deployed on the island which lies 1,135 kilometres southwest from the capital Victoria, and help train Seychelles' troops.

However, the deal has faced some resistance from locals, and Wavel Ramkalawan, head of the opposition Linyon Demokratik Seselwa (Seychelles Democratic Union in Creole) said the coalition "will not ratify the Assumption deal. This deal is dead".

The LDS had held a majority in parliament since its victory in 2016 legislative elections.

On Monday, President Danny Faure said he would meet with Mr Ramkalawan on March 26 to discuss the deal, which was agreed in principle in 2015 and then finalised in January this year.

The government says the base will help coastguards to patrol its 1.3 million square kilometre exclusive economic zone for illegal fishing, drug trafficking and piracy.

Currently, the remote coral island has a tin shack post office, an air strip and almost no people. Less than seven kilometres long the island has a high point just 30 metres above sea level and is covered in bird excrement.

But its location lends it strategic importance for monitoring shipping in the Mozambique Channel.

However, Indian presence in Seychelles is a sensitive matter. Some fear an influx of Indian workers who, they say, might come to dominate the economy, while others consider a foreign power building a military base an affront to sovereignty and national pride.

Opponents of the plan also cite Assumption's relative proximity to Aldabra Atoll, a UNESCO World Heritage Site that is home to the world's largest population of giant tortoises.