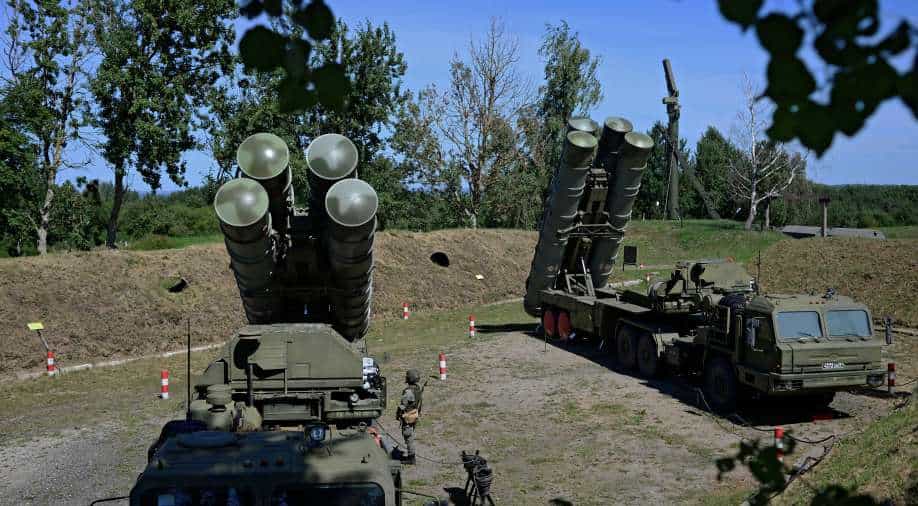 Russian S-400 missile air defence systems are being brought to India through both sea and air routes Photograph:( Reuters )

Russian Deputy Prime Minister Yury Borisov has indicated that India may be the first foreign buyer of its most advanced S-500 ‘Prometei’ anti-aircraft missile system.

When asked whether India would be the first country to purchase the Russian-made S-500, Borisov told RBC TV Channel on Monday, “Beyond a doubt, once we deliver this system to our troops, India will be the first on the list, if it expresses its desire to buy these advanced armaments.”

The S-500 ‘Prometei’ anti-aircraft missile system is the most advanced Russian mobile service to air system and was put into service earlier this year. In 2019, Turkish President Recep Tayyip Erdogan expressed interest in buying the S-500 units.

The comments from the Russian deputy prime minister comes even as the delivery of its long-range S-400 ground-to-air missile defence system to India has begun.

The $5.5 billion deal for five S-400 systems had become a thorn in the growing US-India partnership, with the latter running the risk of facing the Countering America's Adversaries Through Sanctions Act (CAATSA) sanctions.

The CAATSA was passed in the US in 2017, on the back of the supposed involvement of Russia in the 2016 US presidential elections.

Under the CAATSA’s section 231, sanctions would be imposed on entities that “operate for or on behalf of” Russian defence or intelligence sectors.

The US has already imposed CAATSA on Turkey, a NATO ally, for the purchase of a batch of S-400 missile defence systems from Russia, however, it has yet to take a call on India

Even though the US said it will try to negotiate with India to spurn the deal, New Delhi has been rejecting the jurisdiction of a third country’s domestic law.

Earlier on December 6, during the 21st India-Russia summit, Russian Foreign minister Sergei Lavrov claimed that the US had been planning to undermine the deal and make India “obey the American orders”.

Defence forms the main pillar of the partnership between Russia and India. Brahmos missile, licensed production of SU 30 aircraft, T30 Tanks are some of the examples of this cooperation.  The next big focus is the joint production of AK series assault rifles in India.