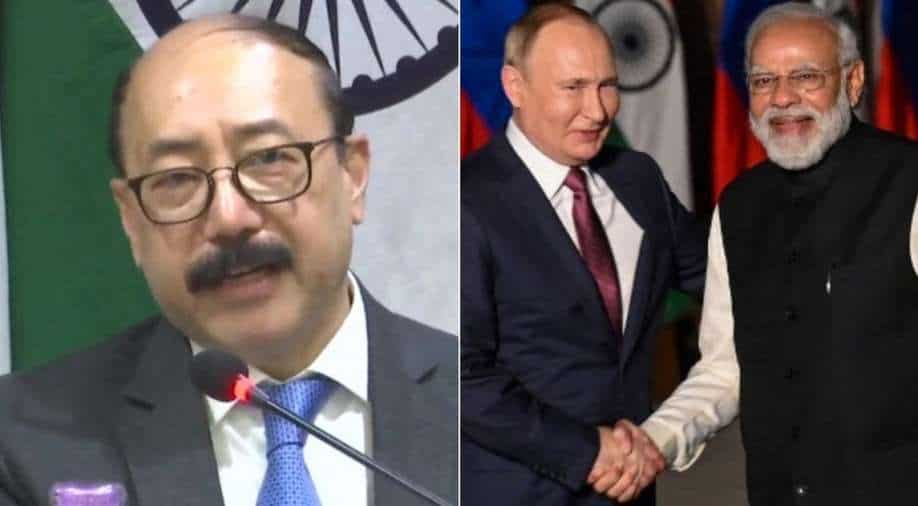 Russia has begun deliveries of its long-range S-400 ground-to-air missile defence system to India, which prompted fears of US sanctions. However, the diplomat said, "Supplies have begun this month and will continue to happen."

During the 21st annual India-Russia summit hosted in New Delhi, both the nations signed a record 28 MoUs and agreements across a wide range of sectors including trade, energy, culture, intellectual property accountancy and education.

In a special briefing after the summit meeting between Indian Prime Minister Narendra Modi and Putin, the foreign secretary said there was an "excellent discussion" between the two leaders. He also termed Putin's visit to New Delhi as short but "highly productive".

The agreements included that for a programme of cooperation in the field of defence for the next 10 years from 2021 to 2031.

"There were excellent discussions between the two leaders. This is President Putin second visit out of Russia since the COVID-19 pandemic began. The only visit he has undertaken was the brief visit to Geneva for the Russia-US summit," he said.

"The fact that the Russian president has decided to visit India for the annual summit exceptionally is an indication of the importance he attaches to the bilateral relationship and also his personal rapport," he added.

Speaking about a "record number 28 MoUs or agreements were concluded during the visit," Shringla said the "agreements were government-to-government and business-to-business, including those involving public sector units".

"The diversity of agreements and MoUs signed today shows the multifaceted nature of our bilateral partnership," he said.

He also said that the fact that President Putin decided to visit India for the annual summit is an indication of the importance he attaches to the bilateral relationship and his personal rapport with PM Modi.