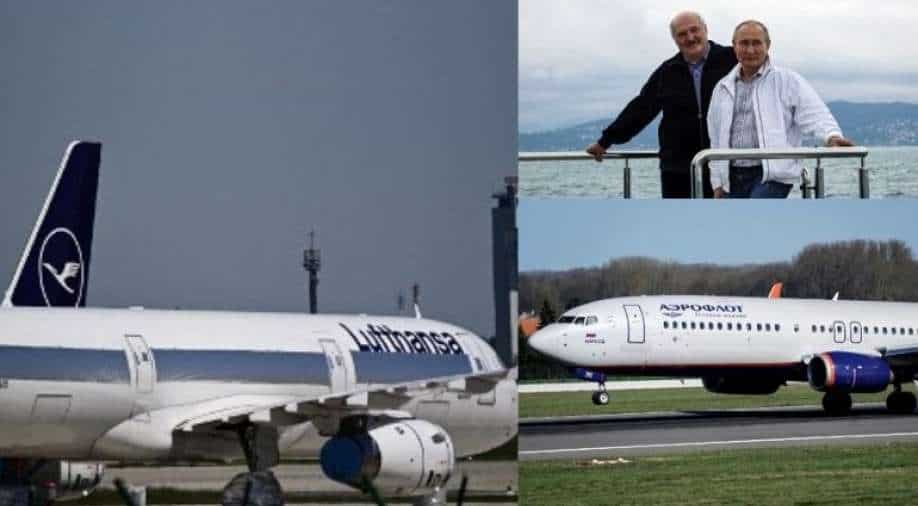 EU has imposed a flight ban over Belarusian airspace after the forced landing of a plane by Lukashenko's regime and the arrest of a dissident journalist 26-year-old Roman Protasevich.

Amid tensions over Belarus, Germany's transport ministry said today that it had blocked flights by Russian airlines after authorities failed to provide authorisation for Lufthansa.

Lufthansa had earlier said it had been given approval for the new routes for its flights to Moscow and St Petersburg.

"Due to the reciprocal practice, the Federal Aviation Authority also did not issue any further permits for flights operated by Russian airlines as long as authorisations are pending on the Russian side," the German transport ministry said while adding that as soon as Lufthansa flights are granted authorisation by the Russian side, the flights from Russia would be approved.

EU has imposed a flight ban over Belarusian airspace after the forced landing of a plane by Lukashenko's regime and the arrest of a dissident journalist 26-year-old Roman Protasevich.

Lufthansa was among the airlines that had decided to stop flying over Belarus.

"I think the flight restrictions, and particularly those on overflying of European territory are very tough for Belarus and then extra sanctions," French President Macron had said.

Macron insisted that the European nations have "reached a moment of truth" in its relationship with Russia which is an ally of the Lukashenko regime.

German foreign minister Heiko Maas had said earlier that President Lukashenko must pay a "bitter price" for detaining Protasevich as the White House announced that President Biden will take up the incident with Russian President Putin during their summit this month.