In response to Amazon wildfire, owner of Timberland, Vans says will not buy Brazilian leather 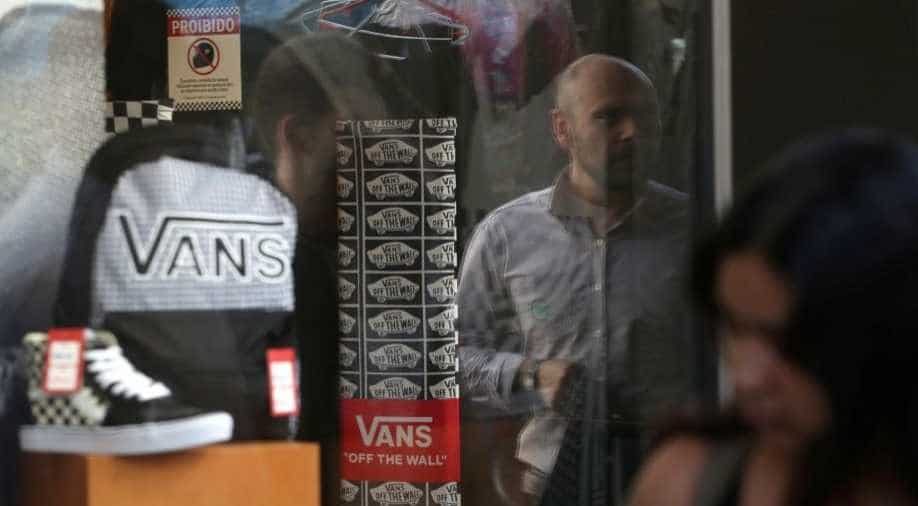 Brazil has registered 2,696 fires in the Amazon in the five days since Saturday, when the military began on-the-ground firefighting efforts.

Fires in Brazil's Amazon rainforest have receded slightly since President Jair Bolsonaro sent in the military to help battle the blazes, but international fallout accelerated as a major shoemaker said it would not buy supplies from Brazil.

Brazil has registered 2,696 fires in the Amazon in the five days since Saturday, when the military began on-the-ground firefighting efforts, according to data from Brazil's space research agency INPE. That is down 31% from the previous five days when 3,917 fires were registered before the military response.

The thousands of fires tearing through the Amazon have spawned an international crisis for Brazil, with public protests and world leaders voicing concern that Bolsonaro's government is doing too little to protect the world's largest tropical rainforest. After several days of criticism, Bolsonaro decided to send in the military to support firefighting efforts.

This year's surge in fires, which INPE says is the worst since 2010, also raises fears of companies stepping back from Brazil amid adverse publicity surrounding the burning forest and the prospect of international sanctions.

On Thursday, the owner of shoe and apparel brands including Timberland, Vans and the North Face took the most concrete corporate move yet in response to the fires. VF Corp will no longer buy Brazilian leather, it said in a statement.

VF said it would resume buying Brazilian leather when "we have the confidence and assurance that the materials used in our products do not contribute to environmental harm in the country."

The Greensboro, North Carolina-based company, whose other brands include Dickies, Smartwool and JanSport, said it is no longer able to assure that leather from Brazilian suppliers meets this commitment.

The company did not respond to questions regarding the value of its Brazilian leather imports or possible markets it might use for alternative supply.

According to the Center for the Brazilian Tanning Industry, the main leather trade group in Brazil, the country exported $1.44 billion of bovine leather in 2018. Its largest export markets were the United States, China and Italy, which together consumed about 60% of Brazilian leather exports in 2018.

Elsewhere, Norway has urged several of its companies to ensure they do not contribute to Amazon deforestation, including oil firm Equinor ASA, fertilizer-maker Yara International ASA and aluminum producer Norsk Hydro ASA.

The fires have also led to heightened scrutiny of Brazilian agriculture, one of the country's main economic engines.

Responding to concerns, soy crusher industry group Abiove released data it said shows that production of the oilseeds is not contributing to the fires.

The 10 towns in the Amazon reporting the most fires have only 30,000 hectares of soy planted, a negligible amount in Brazil's overall soy trade, Abiove said. Brazil's total planted soy area is 36 million hectares.

Still, more than half of the plantings were in the municipality of Novo Progresso in the Amazonian state of Pará. That town was the epicentre of the so-called Fire Day earlier this month which allegedly called on people to set fires to clear land for agriculture and cattle grazing - a claim prosecutors are still investigating.

Environmentalists claim that fires were set by real estate speculators and ranchers, as it is common practice to clear land for agricultural use.

Bolsonaro has insisted fires are under control and issued a decree on Thursday banning fires from being set across the country for 60 days.

On Thursday, he thanked US President Donald Trump for his support in the Group of Seven's discussion of the Amazon region at last weekend's summit in France of the world's wealthiest nations.

Meet Buckwheat, the donkey you can hire to crash Zoom meetings