In Orangutan parenting, the kids can get their own dinner 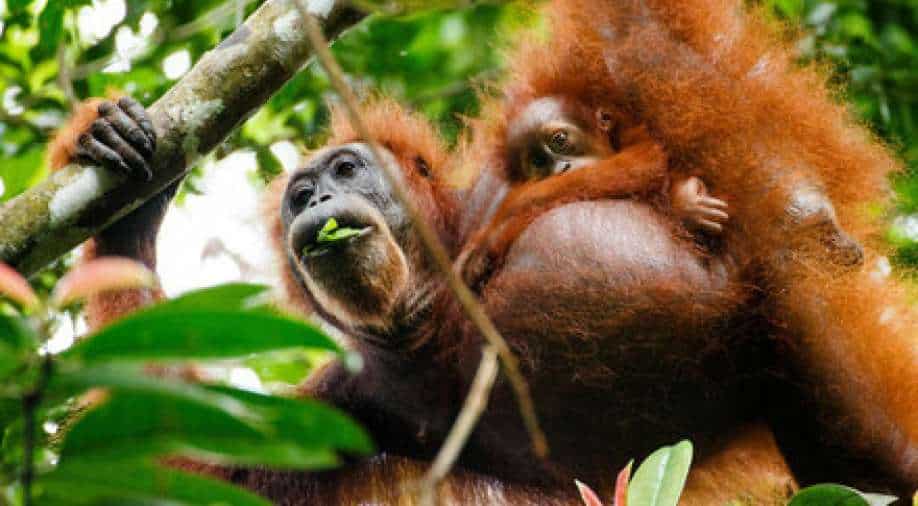 In Orangutan parenting, the kids can get their own dinner Photograph:( The New York Times )

A new study, published this month in Scientific Reports, describes 21 juvenile orangutans living with their mothers in a forest on the west coast of Aceh province in Sumatra, Indonesia. The researchers recorded 1,390 incidents of juveniles soliciting food from their mothers, usually just by grabbing it out of the mother’s hands. The mothers tolerate this — but only up to a point

Young orangutans seem much like human toddlers: amiable, endearing, lovable. But unlike human kids, when their mothers say no, they don’t whine and argue.

Orangutan mothers teach their young how to forage for food, adjusting their tactics depending on the age of the child and the complexity of the food-gathering technique. And they know exactly when a child is old enough to know better.

A new study, published this month in Scientific Reports, describes 21 juvenile orangutans living with their mothers in a forest on the west coast of Aceh province in Sumatra, Indonesia. The researchers recorded 1,390 incidents of juveniles soliciting food from their mothers, usually just by grabbing it out of the mother’s hands. The mothers tolerate this — but only up to a point.

“No one has done much work on this, and no one had data like this for Sumatran orangutans,” said David P. Watts, a professor of anthropology at Yale University who has published widely on primate behavior but was not involved in this study. “The whole topic of how young primates learn what they need to eat — people haven’t studied it very much.”

Orangutans stay with their mothers for eight or nine years, longer than almost any mammal except humans. But the time is not wasted: During this period they learn how to recognise, gather and process more than 200 food items.

Foods like leaves and flowers are easy to find and ready to eat. But for most fruits, a large portion of their diets, orangutans must know when they are ripe, which parts are edible and how to extract them. And some foods involve using tools: Getting honey out of a beehive, for example, requires the selection and design of a proper stick, and long practice in perfecting the skill to use it.

An orangutan is 8 years old before it has built the basic knowledge to feed itself, and as old as 12 before it has mastered the most complex food-finding and preparation techniques.

The researchers found that the older the child, and the easier the food is to find and prepare, the less likely the mothers are willing to share. Mothers let younger children grab almost any food, and allow even older offspring to take food that is hard to find. But if an older juvenile tries to grab flowers — easy to find and eat — she won’t let it, essentially telling the child that it is old enough to find its own.

The best and rarest foods — the meat of small primates, squirrels and civets that orangutans sometimes hunt — are willingly shared with children of any age.

Orangutan mothers are patient, and orangutan young are generally docile and compliant. If a mother doesn’t want to share, she just turns away, or gets into a position where the child can’t reach the food. No slapping, no yelling, no drama — but the young one gets the message.

“We know that people and orangutans have role models who adjust their behavior according to the needs of the pupil,” said Caroline Schuppli, lead author of the study. “In humans, adults do this proactively; in orangs, the initiative comes from the kid — they need to ask for the food.”

Schuppli, a research group leader at the Max Planck Institute of Animal Behavior in Konstanz, Germany, said that human children are surrounded by enthusiastic teachers — not only their parents, but also extended family and an entire educational system based mainly on active teaching.

“If you think about what a kid needs to learn — it’s well beyond their imagination, beyond what they could actively ask for,” she said. “But with orangutans it’s quite a bit simpler.”

Are some orangutans better teachers than others? No one knows.

“We would need to show that some orangutan mothers have kids who learn faster,” Schuppli said. “If a mother shares more, do her kids learn faster? We don’t know. We don’t have the right type of data to test if this is the case.”

In any animal research, and perhaps especially with primates, there is a danger of anthropomorphising — attributing human characteristics or behavior to animals without good evidence. Schuppli tries to resist the impulse.

“The data we collect is descriptive first, and the interpretation comes later,” she said. “We analyse the data, based on our hypotheses. But every great ape researcher has moments when he connects what he sees to the behavior of humans.”