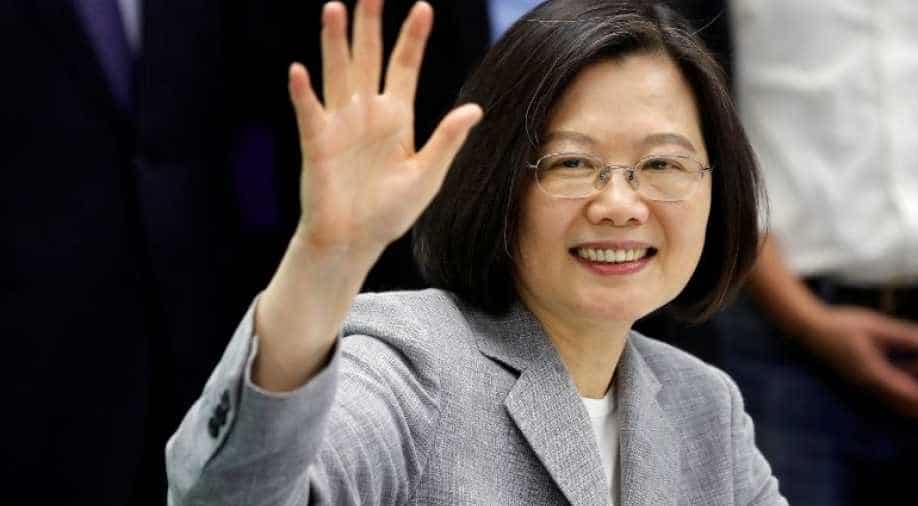 President Tsai has promised to protect Taiwan's territorial integrity, she has reminded China of what the modern world must stand for - peace, parity, democracy, and dialogue.

Taiwan's President Tsai Ing-wen took oath for her second term today after a landslide victory at home and amid growing support from the world.

President Tsai in her inaugural speech rejected China's rule while Beijing calls her a separatist. The next four years will be worth watching as Taiwan takes on China's might to assert its independence. It's a mightly declaration to China from Taiwan.

Tsai Ing-wen is Taiwan's first female president and undoubtedly the most popular. Tsai and her democratic progressive party won January's elections by a landslide and the next four years will be more challenging than her first term.

Firstly, due to the coronavirus pandemic. The island nation of 23 million people has recorded just 440 cases and seven deaths which is a remarkable feat given its proximity to the epicenter China. Today, Taiwan's response is the global gold standard but the battle is not yet over.

President Tsai has promised to protect Taiwan's territorial integrity, she has reminded China of what the modern world must stand for - peace, parity, democracy, and dialogue. The fact is China never liked her. In 2016, China cut off all formal talks with Taiwan after Tsai first became president. Beijing views her as a separatist bent on formal independence.

China has stepped up its military drills near Taiwan since her re-election. Chinese fighter jets have repeatedly breached the island's air space and Chinese warships sail close to its ports. In her inaugural speech, President Tsai posed five challenges to China.

She has made it clear that Taiwan will not accept China's policy of "One country, two systems". She had dared President Xi to ensure peace in the strait. She has vowed to bolster Taiwan's defence capability to hit back at China, if required.

The recent events at the World Health Organization(WHO) have not deterred her. President Tsai wants global recognition for Taiwan and she has got powerful Western nations on her side and she hopes this backing will push China to the talking table.

US secretary of state Mike Pompeo was the first global leader to congratulate Tsai. American support for her is bipartisan.

Democratic presidential nominee Joe Biden has also wished Tsai. China isn't happy about it. It has condemned America for supporting Taiwan's independence. It has even issued threats to the US and Taiwan.

China calls Tsai Ing-wen a separatist but the world hails her as a voice against oppression. In Taiwan, the 63-year-old Tsai has won praise for reforms in her first term. She legalized gay marriage and strengthened social services like old-age care. She is a liberal and one of the world's most prominent women leaders.

She is a fighter, taking on China, no wonder Taiwan is being heard. Tsai is ensuring that Taiwan is heard on the global stage.