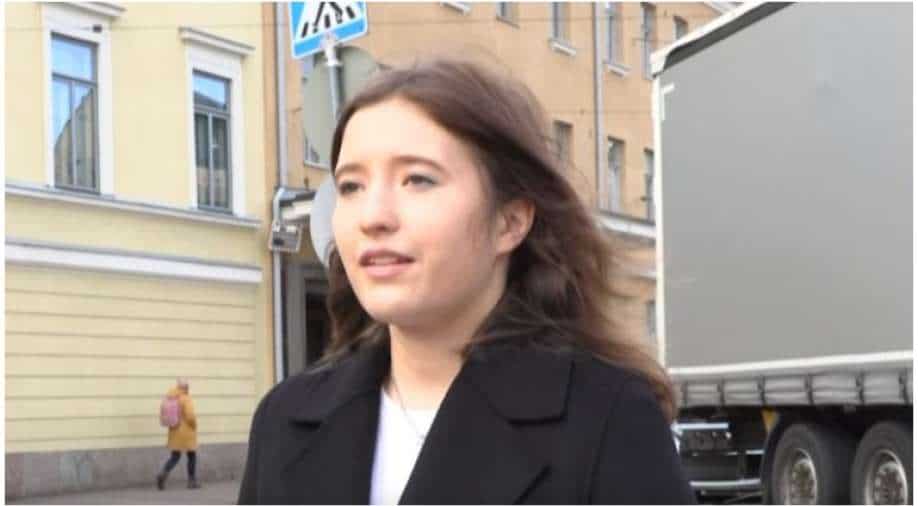 Sixteen-year-old Nella Salminen said that this was the best experience she had in a long time. She does not rule out a career in politics

Sixteen-year-old Nella Salminen on Wednesday stepped into the shoes of Finnish President Sauli Niinisto for a day. This was part of a global campaign to promote girls' rights.

"This whole day is like the best thing I've experienced in a long time," Nella Salminen told AFP outside Helsinki's presidential palace, after spending the day meeting politicians and addressing a global climate action conference.

She was selected by Plan International, a charity, to work alongside the Nordic country's president.

as part of its #GirlsTakeover campaign, in which adolescents around the world take the helm in politics or business for one day.

Held ahead of the UN Day of the Girl on October 11, this year the teens are sharing duties with Uganda's education minister, a Swiss federal counsellor and the CEOs of a number of major Indonesian companies, among others.

Nella said her message to her elders was that girls' potential should be better recognised and they should be involved more in policymaking.

"It is not fair that decisions that influence me a lot have been made by decision-makers without asking... my generation's opinion," she said.

Nella also spoke to the president about the theme of this year's girls' takeover campaign, the impact on gender of false information online.

"Misinformation and disinformation on the internet has grown and grown, and it's really hard to find the correct information," Nella told AFP.

"I think people from my generation know this the best, and that is one mesasge we can provide to the older generation."

Finland's government is headed by Prime Minister Sanna Marin, who became the world's youngest holder of the office in 2019 when she took power aged 34, leading a coalition of five centre-left parties who were all led by women.