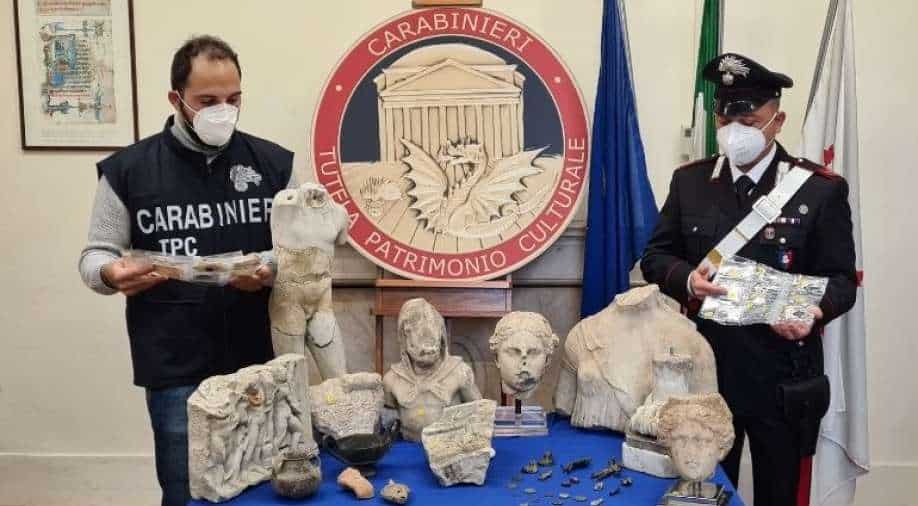 Several priceless artefacts have been seized in a four-month police operation. Photograph:( Twitter )

In a four-month police operation across 28 countries, several priceless artefacts, which include paintings, musical instruments, furniture, ancient coins and statuettes, have been seized, Interpol said on Wednesday.

In the operation carried out between June and September last year, more than 9,400 items were recovered and 52 people arrested. The Illicit trafficking of cultural goods was targetted in it.

More seizures and arrests are expected as over 170 investigations are still ongoing. The investigators “continue their pursuit of those spoiling and destroying cultural heritage”, the international criminal police operation said.

Since its launch in 2016, Operation Pandora, which is coordinated by Interpol, Europol and the World Customs Organisation, has led to the recovery of 147,050 cultural artefacts and the arrest of 407 people.

Around 4,231 archaeological objects, including about 3,000 coins, and buckles, rings, bells and pieces of pottery, looted from archaeological sites by an individual were seized by French customs officials.