In China, air pollution is driving happiness levels down 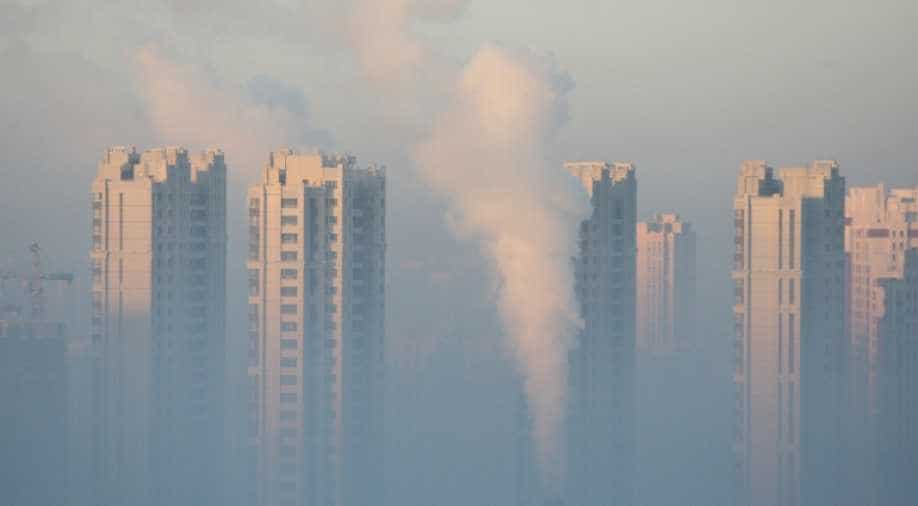 The study which concluded that pollution was lowering happiness also found that 'women were more sensitive to higher pollution levels than men'.

Eye-watering, throat-scratching air pollution is a major driver of big city blues in China, according to a study published Monday that matched social network chatter with fine-particle pollution levels.

Dirty air is not the only blight on life in urban China, which is also plagued by soaring housing prices, worries over food safety, and poor public services.

But health-wreaking pollution -- especially microscopic bits from coal-fired power plants and factories that settle in the lungs -- is a long-standing gripe of the country's burgeoning middle class.

More than a million premature deaths every year in China can be chalked up to air pollution, the World Health Organization and other research groups have concluded.

A toxic cocktail of small and larger particulate matter, nitrogen dioxide (NO2), sulphur dioxide (SO2) and ozone (O3) is likewise linked to poor cognitive performance, labour productivity and educational outcomes.

On polluted days, people are also more likely to engage in impulsive and risky behaviour they may later regret, observational studies have shown.

Awareness of the problem and its consequences is very high among China's city dwellers, a fact not lost on the government.

After an embarrassing episode in 2012 when daily pollution levels published on Twitter by the US embassy in Beijing were consistently higher than official figures for the city, China's leaders declared war on smog-clogged air.

Happiness index
They set up hundreds of monitoring stations throughout the country, and introduced more stringent standards, especially for small particles less than 2.5 microns (PM2.5) in diameter.

The average human hair is 60-to-90 microns in width.

According to the new rules, the density of these dangerous microscopic particles should not exceeded 35 microgrammes per cubic metre (35 mcg/m3) for any 24-hour period.

WHO Air Quality Guidelines are even more strict, setting the limit at 25 mcg/m3.

China's most heavily polluted cities -- including Beijing and Tianjin, home to more than 35 million -- particle density are often two, three and even four times higher than either standard.

The researchers devised an "expressed happiness index" based on key words and context, and then stacked it up against fluctuating PM2.5 pollution levels.

"We found a significant negative correlation" -- when one went up, the other went down -- "between pollution and happiness levels," Zheng said.

"Women were more sensitive to higher pollution levels than men."

Average daily PM2.5 concentration was 55 mcg/m3 across all 144 cities -- more than double the WHO limit -- and several times higher in many.

Intriguingly, the link was strongest in the very cleanest and dirtiest cities examined.

People very worried about health and air quality tend to move to cleaner cities, the study suggested, while those in the dirtiest urban areas were more aware of damage to their health.

"Our index has the potential to become a tool for government to understand common citizens' daily concerns," Zheng said.

The Chinese government, in fact, has long monitored posts and conversations on social networks to track public opinion.

Since 2013, PM2.5 particle pollution has dropped on average about 40 percent, according to one recent study, but ground-level ozone pollution continues to climb.