In California, serial killer known as the 'Hollywood Ripper' sentenced to death 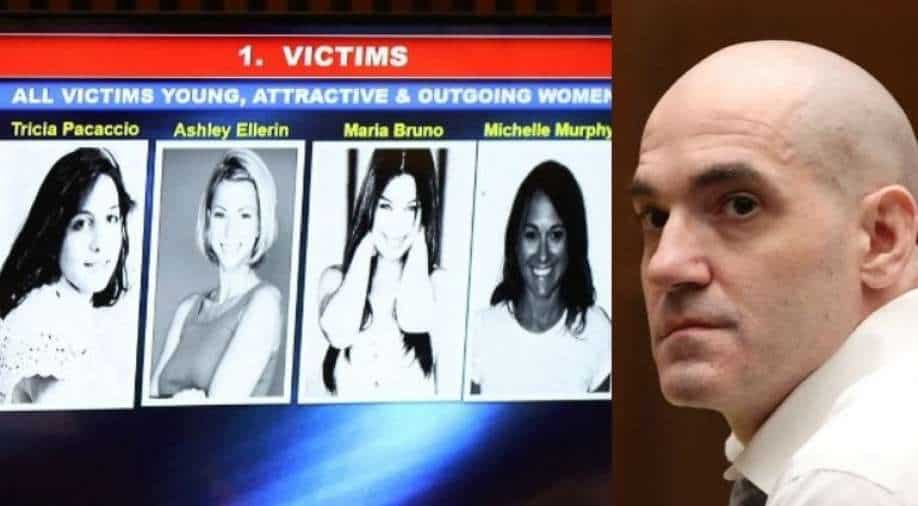 Michael Gargiulo aka the “Hollywood Ripper” has been sentenced to death for the gruesome killings of two women in the 2000s.

Convicted in 2019, he was found guilty on two counts of first-degree murders and one count of attempted murder.

His victims include 22 years old  Ashley Ellerin, who was found dead in her Hollywood home, with 47 stab wounds in February 2001. A prominent witness in the trial, actor Ashton Kutcher, testified at Ellerin's trial. On the night of her murder, Kutcher and Elelrin were supposed to go on a date.

Even as the sentence was announced at Friday's sentencing session, Gargiulo remained defiant and insisted that he was innocent.

Garguilo is also facing murder charges in Illinois, related to a 1993 attack and murder of 18-year-old Tricia Pacaccio. In June 2008, he was arrested in Santa Monica after attacking a woman at her apartment. Michelle Murphy, who was his neighbour at the time, survived and later also testified at the trial.

Blood matching Garguilo's DNA was discovered at the scene of the attack, and that led to his arrest.

According to the prosecutor, in this case, Gargiulo attacked women who lived near him. Generally, these attacks would take place at night or near their homes and as Garguilo waited for the perfect opportunity in "totally planned killings".

Regardless, Gargiulo won't be executed for now, as Gavin Newsom, the state's governor, declared a moratorium on executions in 2019.

An order by a federal court had frozen executions in 2006, long before the moratorium.