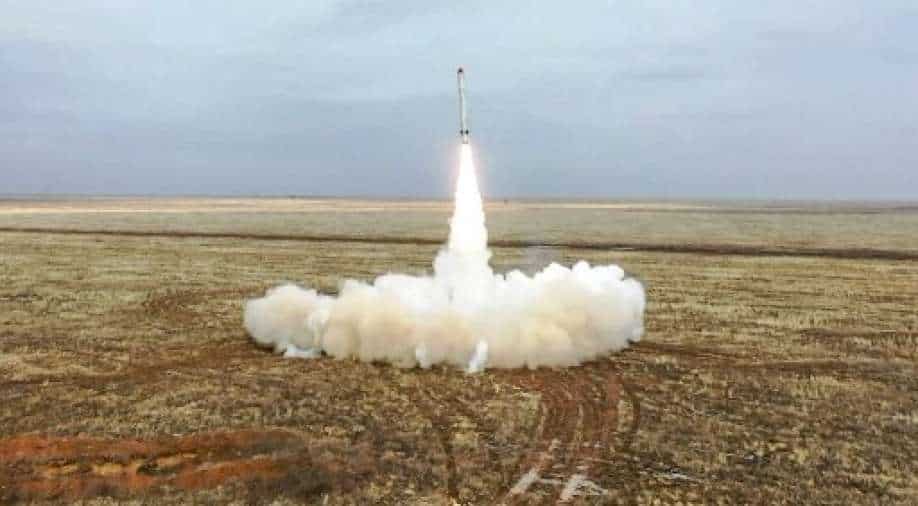 President Putin had put his nuclear forces on alert just days after announcing the 'special military operation' on February 24.

In a bizarre move amid the war in Ukraine, Russian state TV showed a horrifying simulated nuclear strike on Europe.

It reportedly said there would be "no survivors". The show claimed nuclear strikes could take place in Berlin, Paris and London in a matter of minutes.

Russian TV keeps threatening nuclear strikes against Western nations, desperately trying to deter them from continuing to help Ukraine. On a side note, this is the first state TV host who doesn't seem to be eager to die for the Motherland, arguing with a trigger-happy lawmaker. pic.twitter.com/PBvBP5V1lk

President Putin recently declared that Russia had successfully tested the Sarmat intercontinental ballistic missile while adding that it will make enemies "think twice."

Putin asserted that the Sarmat intercontinental ballistic missile is a "truly unique weapon" even as the Russian defence ministry said, "Sarmat is the most powerful missile with the longest range of destruction of targets in the world." It can evade anti-missile defence systems and has multiple warheads.

Russia has already used the Kinzhal hypersonic missile against Ukraine.