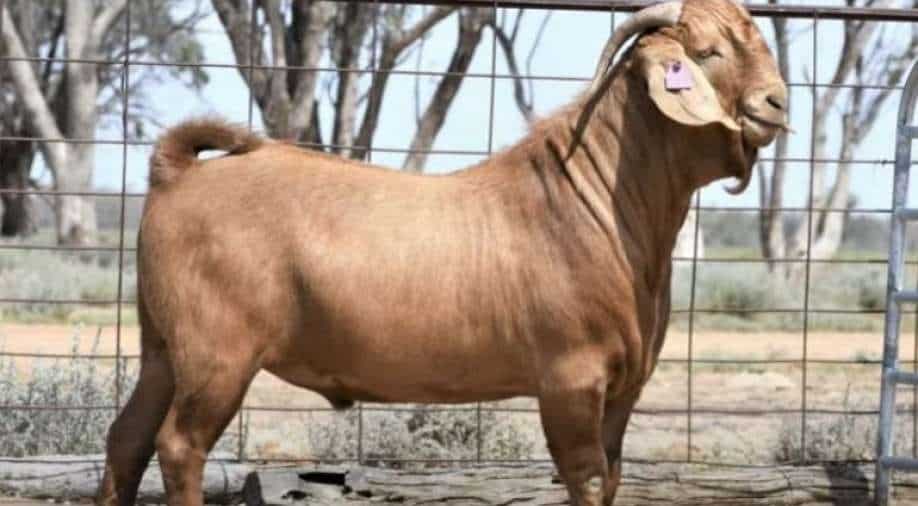 Marrakesh, the most expensive goat of Australia, has been sold for $21,000 (Pic Credit: YouTube). Photograph:( Others )

Setting a new record, a goat, which is known as Marrakesh, has been sold for $21,000. The animal had gone on sale in the western New South Wales town of Cobar. The buyer has described it as a “very stylish buck”

Setting a new record, a goat, which is known as Marrakesh, has been sold for $21,000. The goat had gone on sale in the western New South Wales town of Cobar on Wednesday.

Andrew Mosely, the buyer of the most expensive goat of Australia, has described his acquisition as a “very stylish buck”.

The earlier record of the sale of the most expensive goat in the country was $12,000. It was reportedly held by Brock, a buck, who was sold last month.

Mosely said, “He’s a very stylish buck, very well put together. Nice and free in his movement ... not too big, but he’s got that early growth, muscle and fat cover.”

Earlier, Mosely was the owner of most expensive goat in Australia when he paid $9,000 at the same sales last year for another buck.

“Wild harvest goat numbers are under pressure. They’re not going to come back. People harvested heavily over the past five years so, to meet the orders for goat meat, we need to run them in semi-managed or fully managed properties,” added Mosely, who grew up in western NSW.

Marrakesh was bred at the Rangeland Red Stud near Goodooga, which is not far from the Queensland border.