In a swing county in a swing state, the verdict is in: It’s going to be close 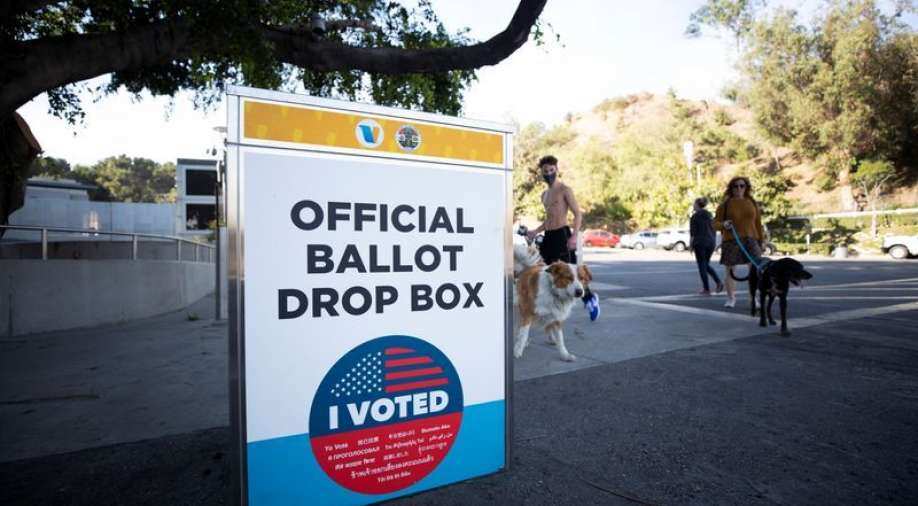 In 2020, in the swing state that crowned past presidents by small margins, much in this country is riding on the all-important question of who flies what flag on which Jeep

Dan Parri, a lawyer in the city of Clearwater, loved driving around town with the Pinellas County Jeep Club — until some members started festooning their vehicles with Trump 2020 campaign flags.

So Parri spoke up, then kept speaking. The Confederate flag also bothered him, he told his fellow Jeep enthusiasts, as did the systemic racism that brought about the killing of George Floyd.

And when his words were met with resistance, he founded what he calls a “progressive Jeep club.”

“We have about 70 members,” he said, standing proudly next to his Jeep, which he has named Prometheus and decorated with red, white and blue balloons; an American flag; a Black Lives Matter flag; another flag with an LGBT rainbow he found on Amazon; and lots of Biden-Harris campaign paraphernalia.

Also read: Who will win US Election 2020: The stock market has made its prediction

In any other year, one might chalk up Parri’s new club as just another curiosity in Pinellas County, population 974,996.

But in 2020, in the swing state that crowned past presidents by small margins, much in this country is riding on the all-important question of who flies what flag on which Jeep.

As returns stream in across Florida on Tuesday night, more than a few eyes will be glued to this stretch of the central Gulf Coast, which includes liberal St. Petersburg and conservative Clearwater, the vacation hub and base of the Church of Scientology.

The population of Pinellas County, about three-quarters of which is white, includes a good number of older retirees and suburban women, two groups shown by polling to significantly favor Joe Biden, the Democratic presidential nominee. Yet the county’s voting preferences this year are much harder to discern: Among registered voters, about 256,000 are registered as Democrats and about 252,000 as Republicans.

That leaves Pinellas as a swing county in a swing state.

“In Florida, we’re another melting pot and everyone brings their values of what they have with them — right, wrong or indifferent,” said Shawn Berger, 48, who lives in Dunedin, at the county’s north end, and works in information technology.

After Barack Obama won Pinellas County by hefty margins in 2008 and 2012, Donald Trump narrowly triumphed here by roughly 6,000 votes, out of about half a million cast. Hillary Clinton visited Florida more than any other battleground in the final month of the 2016 presidential campaign, spending heavily on ads throughout the state. But postelection observers said her appeals to middle-class voters in Pinellas County didn’t resonate as well as Obama’s had.

These days, with most polls indicating that it’s anyone’s guess who will carry Florida, Trump and Biden have been barnstorming the area once more in the final stretch.

Both men held rallies in nearby Tampa on Thursday that underlined the polar-opposite realities each candidate now inhabits: Biden’s gathering was socially distanced and focused on the death toll from the coronavirus, while Trump’s took no such precautions and repeated unsubstantiated claims about the business dealings of Biden’s son Hunter in Ukraine.

Berger attended Trump’s rally, arriving in Tampa at 11:30 p.m. the night before with a group of friends to ensure they would be among the first to enter the stadium to see the president.

Berger, a conservative who said he had blocked Fox News on social media for being “too mainstream,” said he enjoyed the crowd’s excitement and the president’s speech. He even had his young daughter take a day off from school to attend the rally with him because, he said, he “felt that it would be a good learning experience, so she could learn about some history and politics firsthand.”

“Is he crass? Does he have a locker-room mentality?” Berger asked, referring to the president. “Yeah, sure, but I’m not hiring him to be nice.”

Travel south from Berger’s home in Dunedin and the political landscape changes. St. Petersburg — once overshadowed by Clearwater’s beach-retirement hub — has been transformed by recent years that have brought a mix of gentrification and progressive politics. The Trump flags mostly vanish, replaced by gay pride banners and organic food markets.

A short drive away at Tropicana Field, Terri Lipsey Scott, director of the city’s Dr. Carter G. Woodson African American Museum, gave a speech at a drive-in, get-out-the-vote rally in honor of Rep. John Lewis, the Georgia Democrat and voting rights champion who died over the summer.

At the rally, speakers mainly focused on what they said were efforts to block voters from casting ballots this year — and how to combat them. Those efforts included one by Florida Republicans, who sidestepped a statewide referendum to extend the franchise to former felons by requiring them to pay court fees. One in five Black Floridians is thought to have a felony conviction and could be unable to vote because of it.

Scott ended her speech by calling on attendees, parked and listening from their cars, to drive in a convoy through town in support of Biden — as Trump supporters had done for their candidate in recent days.

“I got a call from the local police saying if we block traffic then we’ll get ticketed,” she said. “I’m not encouraging anyone to break the law, but today is a day for some ‘good trouble,’” she added, using one of Lewis’ signature phrases from his civil rights struggles.

Across town in an early-voting line, Albert Hill, 22, seemed less caught up in the politics of the year than the anxiety of being a recent college graduate in a grim job market. Hill, who had briefly worked for a clothing company after earning a degree in fashion marketing in May, was without a job after the pandemic shut down much of the county’s economy.

“It’s the next four years that I’ll have to think about most, who is elected and what jobs are in place,” he said.

Hill was voting for Biden.

Down the street stood Billy Overcast — “spelled like the weather,” said Overcast, pointing up, however, to a typically clear day with one hand, a “Trump 2020” flag in the other.

He said he understood Hill’s concerns, as a young person facing economic uncertainty. Overcast’s daughter Morgan, 25, who is in graduate school, vowed to cast her vote for Biden after her voter registration arrived at his house.

Overcast said that in his view he had raised all of his children as conservatives politically and culturally, even teaching his daughter to shoot with a 22-caliber squirrel gun that had been given to him when he was younger. It hadn’t really worked, he said.

A neighbor riding a bicycle nearby took off his headphones and shouted that Trump was a dictator.

Overcast sighed. He said that living in the same county as the Church of Scientology’s headquarters had taught him how to tolerate almost any point of view, even that of the neighbor, who he suspected had stolen the Trump sign from his lawn.

Overcast said his home security system had filmed the culprit making off with it. But rather than confront the neighbor, Overcast just bought another sign.

“But with this one I tied 90 pounds of fishing line on it and tied it to a tree in my yard,” he said.