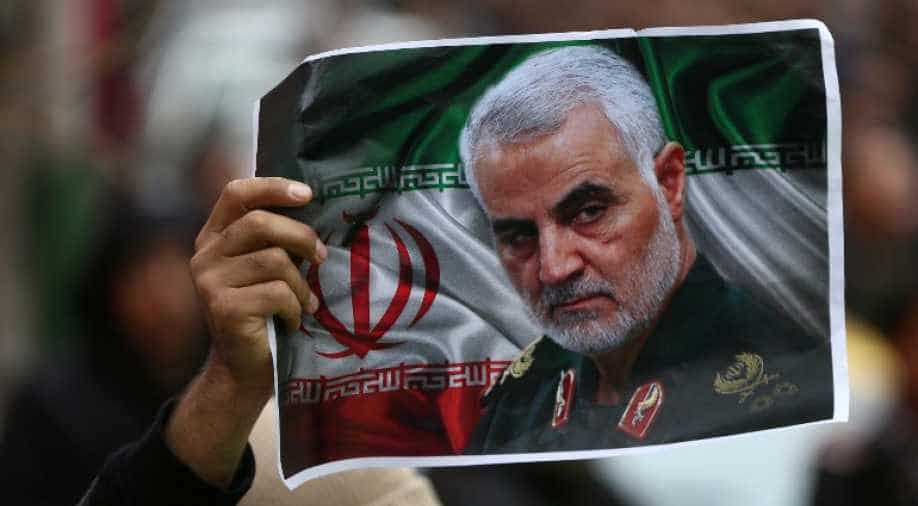 In this file photo, an Iranian can be seen holding the picture of Qasem Soleimani Photograph:( Reuters )

Iran's Deputy Vice President for Legal Affairs has said that granting immunity to perpetrators behind the killing of Qasem Soleimani threatens international peace.

He has written a letter to the United Nations General Assembly to seek a resolution on Soleimani's assassination.

In the letter he has written, ''It is highly proposed that the universally respected General Assembly, while within condemning the state-centric assassination of the foreign state and diplomatic officials, take all possible legal initiatives within its authorities, including the adoption of a resolution to prevent such crimes in the future.''

He has highlighted that ''Direct responsibility of the commission of this violent crime was subsequently accepted by the President of the United States of America.''

Tehran is seeking to preserve its deep influence in Iraq while also navigating tense negotiations over its nuclear ambitions with the United States.

Thousands of supporters of an Iraqi alliance of armed groups marked the upcoming second anniversary of a US drone strike that killed the revered Iranian commander.

Also read | 'He is James Bond, Rommel and Lady Gaga rolled into one': Soleimani was featured in Time magazine's 100 most influential people

Chanting "Death to America", the Hashed al-Shaabi loyalists filled a Baghdad square to honour Soleimani, who headed the Quds Force, the foreign operations arm of Iran's Revolutionary Guards, until his death on January 3, 2020.

Washington had accused him of masterminding attacks by Iranian-aligned militias on US forces in the region.

Over two decades, Soleimani was at the forefront of projecting the Islamic Republic's military influence across the Middle East, acquiring celebrity status at home and abroad.

The Pentagon said the strike was aimed at deterring future Iranian attack plans.

The United States designated the Revolutionary Guards a foreign terrorist organisation in 2019, part of a campaign of maximum pressure to force Iran to negotiate on its ballistic missile program and nuclear policy.

Soleimani was responsible for clandestine overseas operations and was often seen on battlefields guiding Iraqi Shi'ite groups in the war against Islamic State.