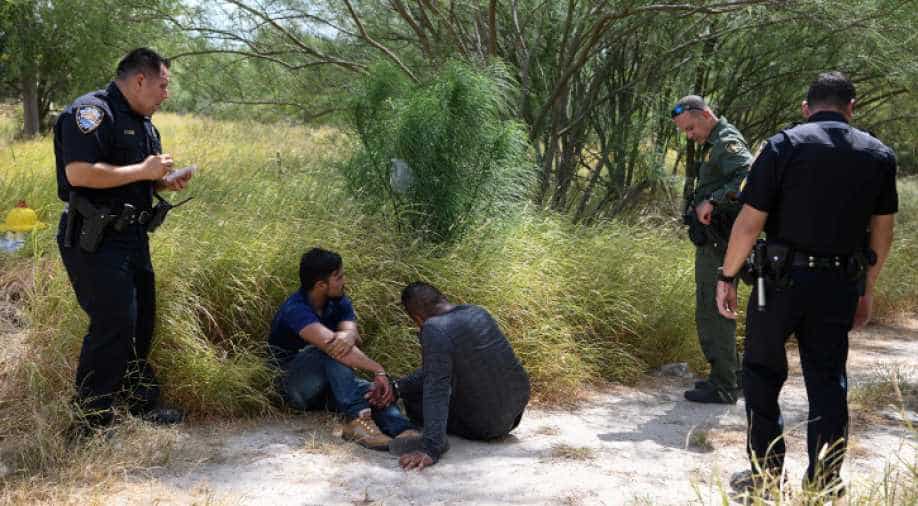 The surge in arrests was mainly attributed to those coming into America from South Ameican countries -  Guatemala, Honduras and El Salvador.

US immigration officials said on Tuesday that arrests linked to US border with Mexico rose 88 per cent in 2019 while adding that nearly half those detained last month were "children or families, many of them led by human-trafficking cartels".

"They are profiting on the backs of this vulnerable population, and that's why it's still a crisis," said Robert Perez, deputy commissioner of US Customs and Border Protection.

The number of migrants apprehended or turned away at the border actually fell in September to the lowest monthly total of the year, to 52,546, down 64 per cent from a peak in May, the immigration officials pointed out.

However, the combined total still rose 4 per cent over the same month compared to last year, and border arrests for the current fiscal ending in September reached an 11-year high.

The surge in arrests was mainly attributed to those coming from central American countries -  Guatemala, Honduras and El Salvador.

Last year President Trump had declared "zero tolerance" policy towards immigration while urging the Congress to change the "ridiculous" laws, a move which was criticised by Democrats. Trump called for arresting anyone who comes into the country illegally.

"Customs and Border Protection (CBP) is continuing to collaborate with our foreign partners - particularly, Mexico, El Salvador, Guatemala and Honduras - to address this as a regional crisis," Morgan said in a White House briefing.

Morgan and Perez confirmed they launched a pilot program in El Paso earlier this month, the Prompt Asylum Claim Review.

"The objective is within that same handful of days ... to get people through an immigration process as quickly as we possibly can, so that a judge, hopefully, makes a decision," Perez said.

Apart from the migrant restrictions, Morgan said 71 miles of new border barrier had been built while adding that a total of 450 miles would be completed by the end of 2020.

"It's a tough process," he said. "You have to obtain the land and land acquisition is a tough thing."