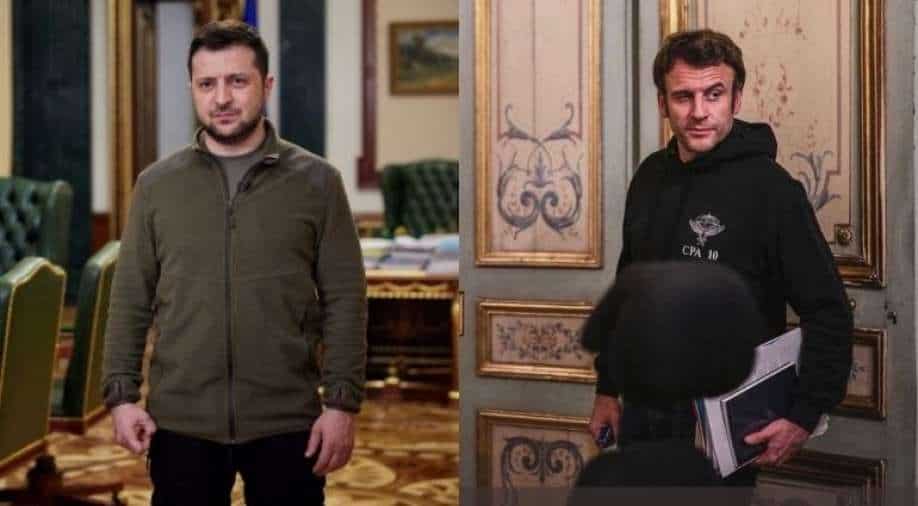 Macron has long been portrayed as a well-dressed statesman Photograph:( WION Web Team )

Macron - arguably the cleanest-cut figure in the EU who is seldom seen in anything but an immaculately tailored suit, perfectly coiffed hair and a clean shave - now seems to be sporting a dark hooded sweatshirt, jeans and a face full of stubble behind a desk in the Elysee Palace

It is said that “Imitation is the sincerest form of flattery that mediocrity can pay to greatness.”

Seems like French President Emmanuel Macron understood the assignment. Traditionally, the French have been trendsetters, known for their style and fine fashion. However, it appears that the French President is taking style tips from the most fashionable leader in Europe.

With the Russian invasion of his country, Ukraine's President Volodymyr Zelensky has become an instantly recognisable figure. Throughout the past three weeks, when he visited the wounded in the hospital, or attended briefings, the leader wore khaki hoodies, jackets, and t-shirts.

Also read | Ukrainian man shocked as a missile explodes mere steps away from him: Watch

The Ukrainian comedian turned war leader discarded the suit and tie typically worn by a head of state in favour of more utilitarian clothing as he splits his time between the presidential palace and the streets of war-torn Kyiv.

Now new pictures have emerged in which the French President is supporting a look "inspired" by Zelensky. 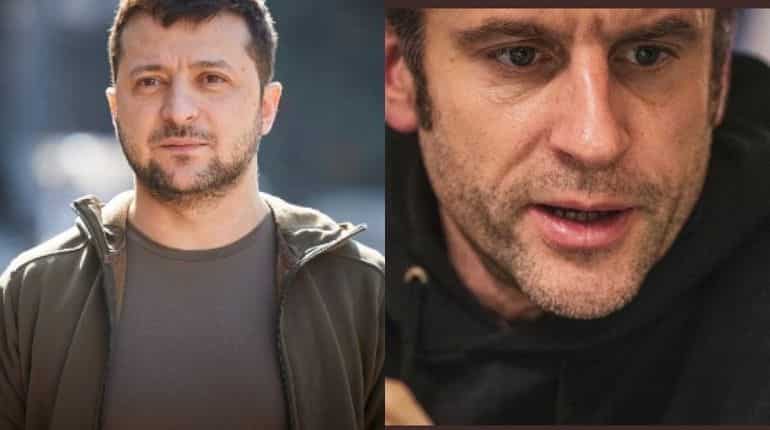 Macron - arguably the cleanest-cut figure in the EU who is seldom seen in anything but an immaculately tailored suit, perfectly coiffed hair and a clean shave - now seems to be sporting a dark hooded sweatshirt, jeans and a face full of stubble behind a desk in the Elysee Palace.

Also read | UK warns Russia might be planning a chemical attack on Ukraine; US, NATO echo the concern

At first glance, the French leader is almost unrecognisable, his baggy black hoodie a stark contrast to the slim navy jacket he usually wears. 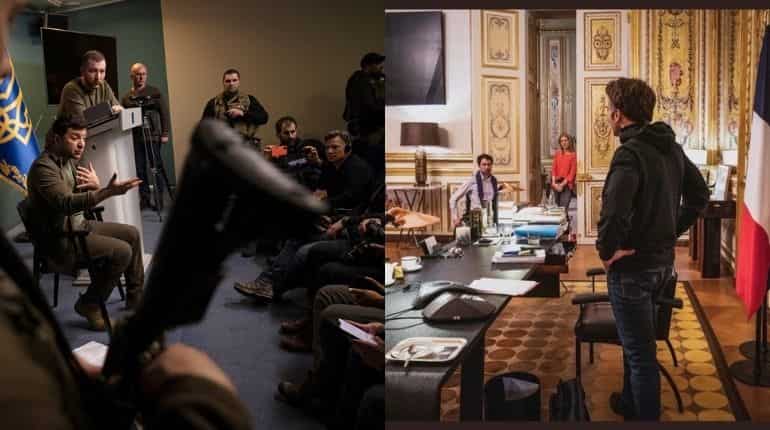 Images show Macron seemingly hard at work at his office in Paris' Élysée Palace on Sunday. They bear a striking resemblance to the shots of Zelensky preparing for a media interview or delivering a stirring speech from his Kyiv office.

Watch | Gravitas: Ukraine, Russia optimistic about round 4 of talks

Soazig De La Moissonnière, Macron's official photographer released the images this morning. The images received an enthusiastic response on social media from her followers, who praised the candid photos of the President.

Others, however, have accused Macron of using the ‘war-room’ style photos as a marketing ploy to piggyback off Zelensky’s popularity and appear more relatable. 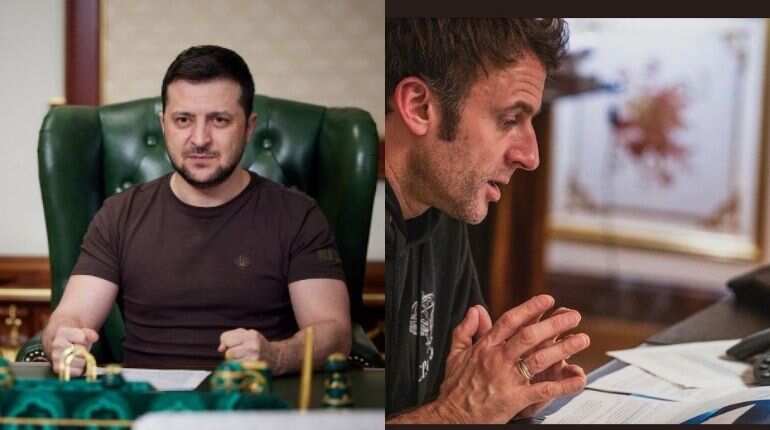 Macron decided to turn up to work in a pair of jeans and a French paratroopers hoodie to be more like Zelensky. pic.twitter.com/pYivvXwOga

Now I’ve seen everything: Macron is cosplaying Zelensky. Nothing bad about that, only confirms a very simple fact: Ukrainian president is now the moral leader of the West. pic.twitter.com/xsaZbPF76q

A month ago it would have been hard to imagine French President Emmanuel Macron trying to copy President Volodymyr Zelensky.

Now it’s the reality we live in. pic.twitter.com/WbDm1UZhFq

Zelensky’s getting some high-level fans, and we love to see it. pic.twitter.com/DE7P5i3Y1C

Macron has long been portrayed as a well-dressed statesman who would never dare be caught off-duty without a suit and tie.

It is almost impossible to find photos of French President Emmanuel Macron where he isn't suited and booted, whether posted by the world's media or his personal photographer. 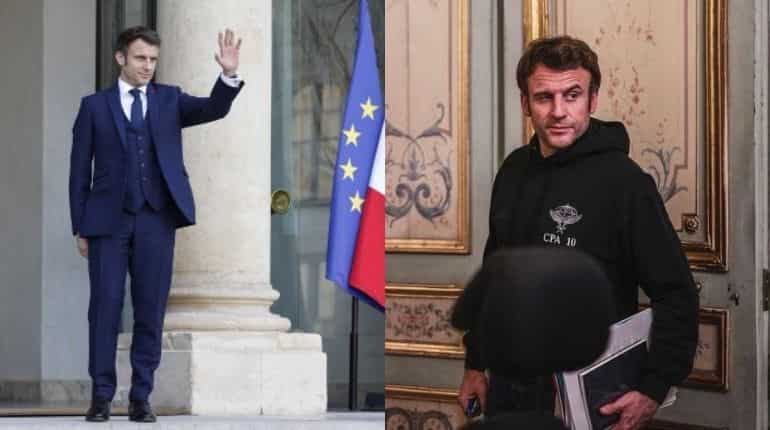 Don't be surprised if Boris Johnson addresses the Commons in a jumper and jeans one of these days, as the war rages on and public admiration for the Ukrainian President grows ever stronger.