Ikea to 'scale down' Russia, Belarus operations over Ukraine war 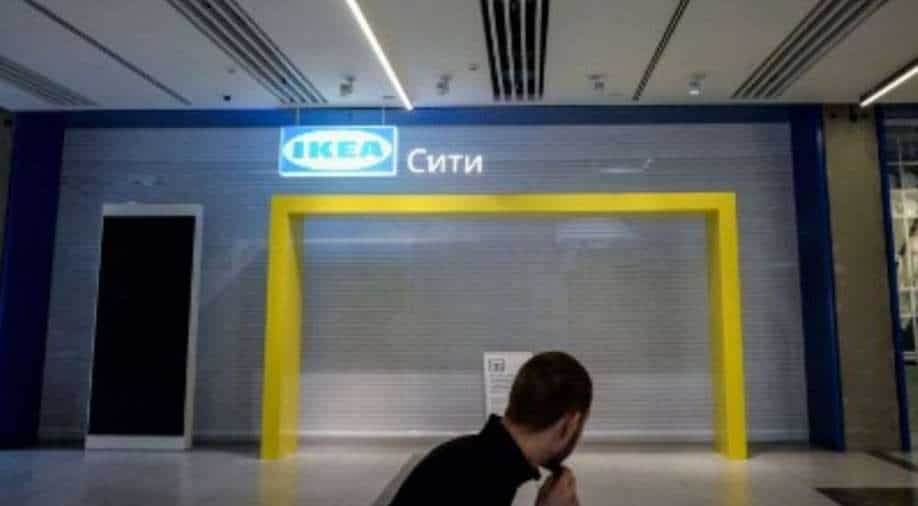 Along with a slew of Western companies, Ikea announced in early March that it was suspending its Russian and Belarusian activities, affecting nearly 15,000 employees

Swedish furniture giant Ikea said Wednesday it would "scale down" its activities in Russia and Belarus, after putting them on hold following the Russian invasion of Ukraine.

Along with a slew of Western companies, Ikea announced in early March that it was suspending its Russian and Belarusian activities, affecting nearly 15,000 employees.

"Unfortunately, the circumstances have not improved, and the devastating war continues," Ingka Group, which manages the majority of Ikea's stores, said in a statement Wednesday.

"Businesses and supply chains across the world have been heavily impacted and we do not see that it is possible to resume operations any time soon," the company said, adding that it and the Inter Ikea Group had "decided to enter a new phase to further scale down the Ikea business in Russia and Belarus."

The group said the retail business "will remain stopped, and the workforce will be reduced, meaning that many co-workers will be affected."

Ikea has a total of 15,000 employees in Russia, including 12,500 employed by Ingka Group, the company said.

An Ingka Group spokesman said the company was not yet able to provide details on how many would be let go.

The company added that it planned "to sell out its home furnishing inventory in Russia," and that the production side in Russia will "reduce the workforce and start the process of finding new ownership for all four factories."

Two purchasing and logistics offices in Moscow and Minsk would also be permanently closed.

The Russian invasion of Ukraine, along with triggering unprecedented sanctions, sparked an exodus of foreign corporations including H&M, Starbucks and McDonalds.