'If the UN does not clean it': Turkey President Erdogan threatens to target refugee camps inside Iraq 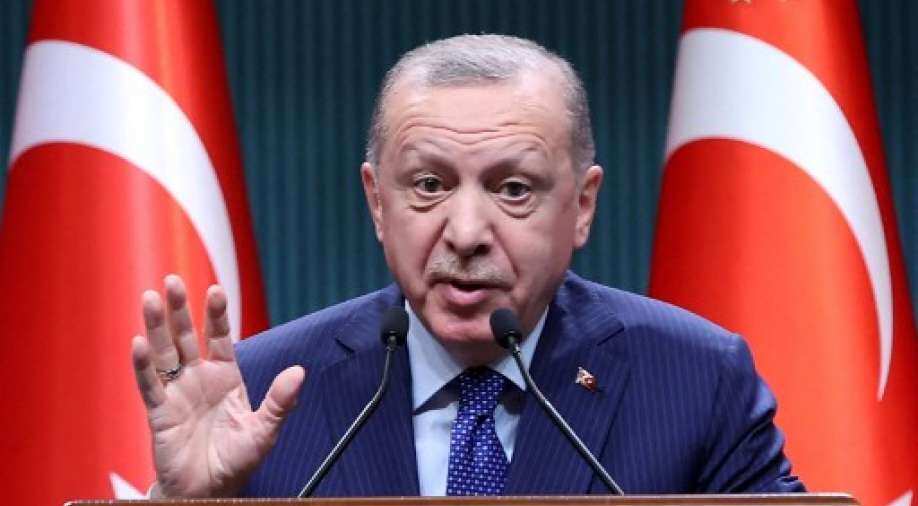 Last month, Erdogan had informed that its forces had killed a top Syrian Kurdish commander during an operation in Iraq.

Turkey President Tayyip Erdogan has threatened to "clean up" refugee camps inside Iraq which he alleged sheltered Kurdish militants.

"If the United Nations does not clean it up, we will do it as a UN member," Erdogan told the state-run channel. The president referring to the Kurdistan Workers Party (PKK) said the Makhmour camp is an "incubator" for militants. The PKK is listed as a terror group by Turkey.

"How long are we supposed to be patient about it?" the president asked.

Last month, Erdogan had informed that its forces had killed a top Syrian Kurdish commander during an operation in Iraq.

The Turkish president had said that Sofi Nurettin "was neutralised by the operation carried out in northern Iraq".

In April, Turkey's media had reported commandos that had landed in the Metina region as warplanes dropped bombs on PKK targets in northern Iraq with drones and helicopters taking part in the operation named "Claw-Lightning".

Turkey had earlier launched an operation named "Claw-Eagle 2" in February against the PKK in the northern Iraqi region of Dohuk. The attack caused a diplomatic row as Iran's ambassador warned that Turkish forces should not violate Iraqi soil.

In March, Turkish authorities had detained a pro-Kurdish opposition MP Omer Faruk Gergerlioglu belonging to the Peoples' Democratic Party (HDP) who refused to leave Parliament after his seat was revoked.