Idlib ceasefire must be respected, Macron to Putin 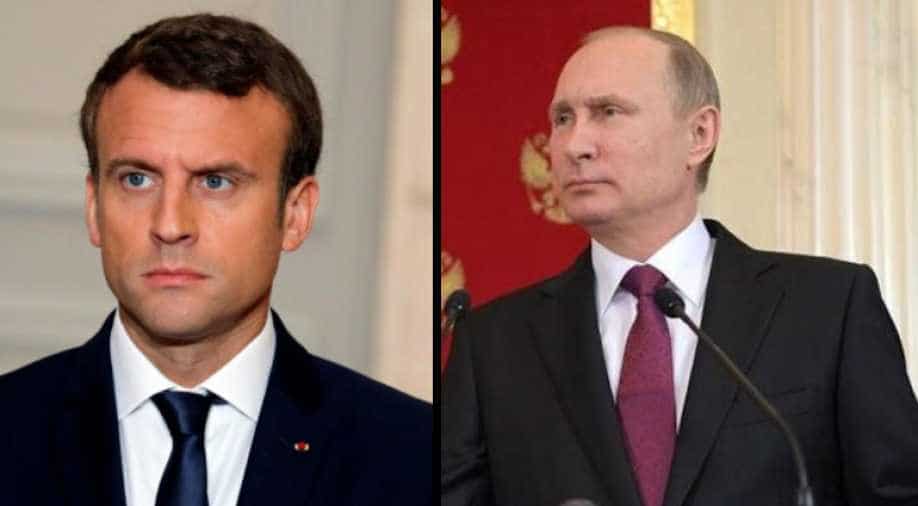 Putin said Russia, which entered the conflict in 2015 in support of the regime of President Bashar al-Assad, backed the Syrian army's operations in Idlib.

French President Emmanuel Macron on Monday expressed "profound worry" about the bombing of Idlib in talks with Vladimir Putin, but the Russian leader insisted Moscow backed Syrian military actions against "terrorists" in the province.

Addressing Putin at a joint press conference at the Bregancon fortress on France's Mediterranean coast, Macron said it was "vital" that a ceasefire deal agreed in the Russian resort of Sochi in September last year be implemented.

"I must express our profound worry about the situation in Idlib. The population in Idlib is living under bombs, children are being killed. It's vital that the ceasefire agreed in Sochi is put into practice," he said.

The deal outlined a truce in the northwestern region where airstrikes and shelling by the government and its Russian ally has killed hundreds of people since April, many of them civilians.

The Idlib region, which is home to some three million people, was supposed to be protected from a massive regime offensive by a buffer zone deal signed between Russia and Turkey in September last year.

Some Turkish troops were deployed to patrol the planned buffer zone, but it was never fully implemented as jihadists refused to withdraw from the planned demilitarised cordon. Since late April, the regime and Russian forces have upped their deadly bombardment there.

But Putin said Russia, which entered the conflict in 2015 in support of the regime of President Bashar al-Assad, backed the Syrian army's operations in Idlib, which is the last major jihadist-run bastion in the war-torn country.

"We support the efforts of the Syrian army... to end these terrorist threats" in Idlib, Putin told Macron after his remarks on the ceasefire.

"We never said that in Idlib terrorists would feel comfortable," he added.