I want to convince Trump to drop certain sanctions against Iran to give negotiations a chance: Macron 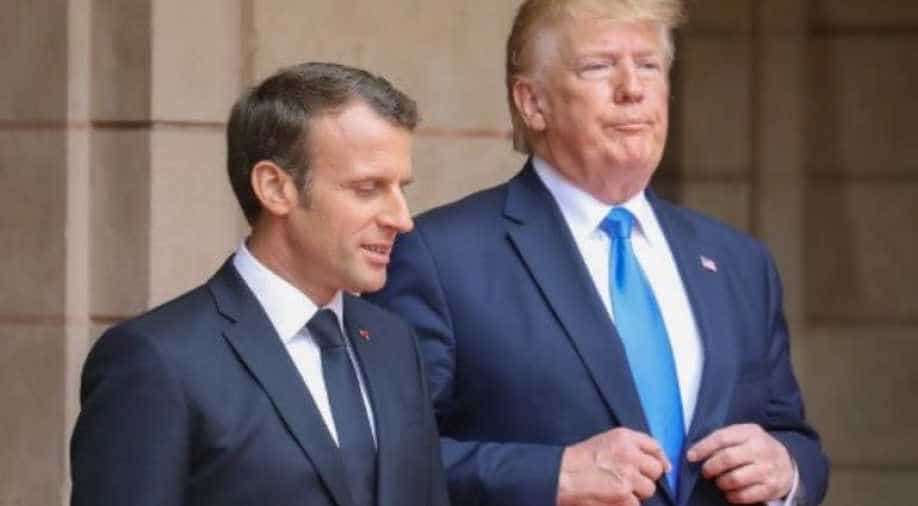 Macron said the idea would be to begin a discussion and set up the parameters of talks ranging from Iran's nuclear activities to its wider role in the region.

French President Emmanuel Macron said on Thursday he will try to convince US President Donald Trump to suspend some sanctions on Iran to allow for negotiations to de-escalate the crisis in the region.

"I want to convince Trump that it is in his interest to re-open a negotiation process (and) go back on certain sanctions to give negotiations a chance," Macron told reporters on the train from Tokyo to Kyoto.

The French leader will meet his US counterpart on the sidelines of the G20 summit this weekend.

Macron said the idea would be to begin a discussion and set up the parameters of talks ranging from Iran's nuclear activities to its wider role in the region.

"We'd give ourselves a few months," Macron said.

Washington pulled out of the nuclear accord last year and has imposed punishing economic sanctions against Tehran.

Iran has threatened to respond by setting aside some of the deal's restrictions, which could cause the deal to collapse, though it has called on European powers to do more to shield it from US sanctions - a move the White House has called "nuclear blackmail".

The European powers are scrambling to protect trade with Iran but what they can achieve pales in comparison to US sanctions aimed at slashing Iran's vital oil exports to zero.

Diplomats have also stressed the European signatories are weary of Iranian demands that they sustain a pact that Washington has withdrawn from and said if Tehran followed suit they would have little choice but to acquiesce in the reimposition of UN sanctions.

The International Atomic Energy Agency, which is policing the deal's nuclear restrictions, does not generally comment on details of its inspections. It was not immediately available for comment on Thursday.

"We've made it clear to the Iranians that we have zero tolerance on the nuclear issue," a senior European official said. "They are close to the threshold, but we will wait for the IAEA to report back to us in the coming days."