I hope news is real: Brother of Saudi women's rights activist on her being contender for Nobel Peace Prize 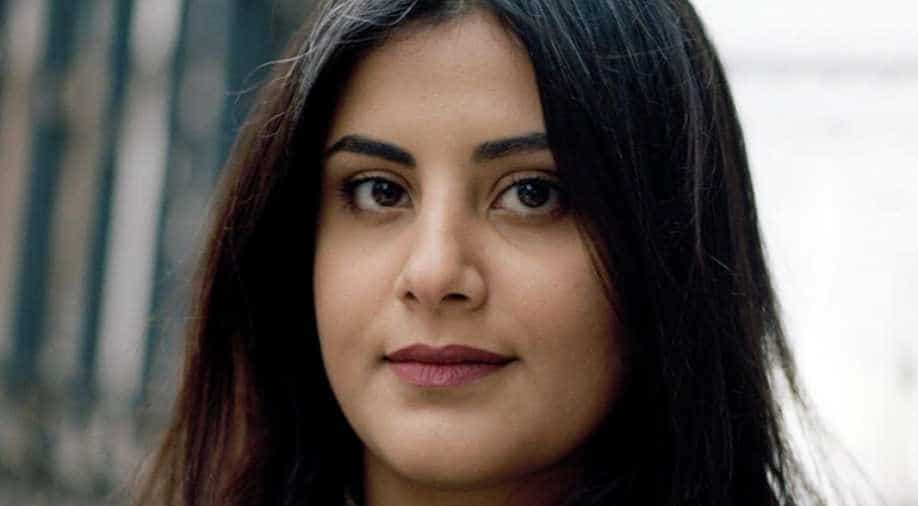 Jailed Saudi women's rights activist Loujain al-Hathloul has been nominated for this year's Nobel Peace Prize after being put forward by a group of Norwegian and Canadian politicians. Loujain was arrested during a crackdown on May 15, 2018, where she was protesting along with a dozen other women's rights activists. In an interview with WION, Walid al-Hathloul, brother of Loujain spoke on how he feels on hearing such news

Jailed Saudi women's rights activist Loujain al-Hathloul has been nominated for this year's Nobel Peace Prize after being put forward by a group of Norwegian and Canadian politicians. Loujain was arrested during a crackdown on May 15, 2018, where she was protesting along with a dozen other women's rights activists. The women protesters had long campaigned for ending a ban on women driving cars.

In an interview with WION, Walid al-Hathloul, brother of Loujain spoke on how he feels on hearing such news and also shared details of the complete crackdown. Having lost hope with the government's response and help on the matter, Walid hopes his sister is released soon.

Here is the full excerpt of the conversation-

WION- How do you feel after hearing that your sister has been nominated for Nobel Peace Prize? Can you let us know what's the latest in her case?

WALID- There’s no news in Loujain’s case. MBS said in 60 minutes that he will personally investigate the torture but so far we haven’t heard any news about initiating an investigation on torture. As to the peace prize, I heard it from the news and I hope it’s real. Also, It’s hard to tell because they're unpredictable and not transparent at all.

WION -Your sister has been put behind bars. Why? Can you describe how it all began and why it happened?

WALID- At the beginning when she was arrested as part of the crackdown on May 15, 2018, we did not know why she was arrested. Local media immediately published that she was a traitor and was working with a foreign power. During her detention, they did not charge her with anything until the trial which started after ten months. After reading the charge sheet, we found out that most of the charges are related to her human rights activism. One of the charges that she is facing is applying for a job at the UN. So clearly there is no consistency between what they said at the beginning and for what they officially charged her. As to why she was arrested, it is difficult to know but I would say that there’s an abuse of power.

WION- Who were the other activists involved? How many of them are still behind bars and what has been the development in their release so far?

WALID- As there’s a lack of transparency in the legal system, it’s difficult to answer the question accurately but I would assume that there are four other women in jail, not including men. In the beginning, they started a trial but all of a sudden after the third session they stopped the whole trial and nobody knows why they did that. Also, nobody knows if they will resume the trial anytime in the future.

WION-Loujain al-Hathloul has rejected a proposal to secure her release from prison in exchange for a video statement denying she was tortured in custody. Can you briefly describe your statement?

WALID- I don’t have any position in that matter as each option has a consequence and it makes it hard to decide which option I should pick. But regardless of my position, it is Loujain who should decide what is best for her. I believe that they went too far by asking a video release to deny the torture.

WION-You can appeal to any international body or anyone that you wish to. Did you try this before?

WALID- I prefer not to answer this question.

WION- What is your grievance with the government and Who do you wish to appeal to and why?

WALID- We have been contacting the government since day one. We sent countless letters to the government but got no response. Unfortunately, we are now in a position where we have lost hope that the government would cooperate with us.

WION- Have you ever tried reaching Donald Trump/ United States as it is Saudi's important ally as well.

WALID- I prefer not to answer this question.

WION- What do you want for your sister now?

WALID- All I want is to see Loujain free.