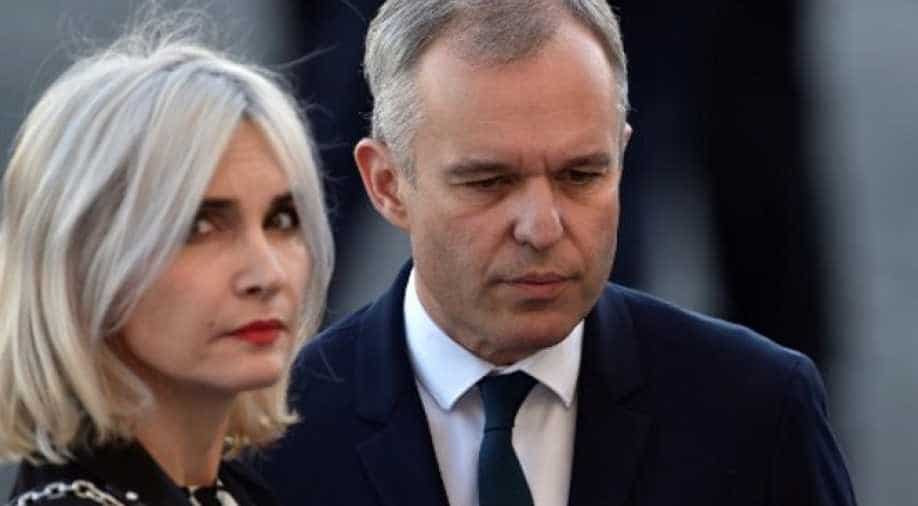 The revelations hit the centrist government of President Emmanuel Macron who is looking to recover from six months of anti-government protests sparked by economic inequality.

France's environment minister Francois de Rugy on Tuesday said he was resigning after reports accusing him of extravagant spending, including on luxury dinners, but lashed out at what he described as a "media lynching."

"The attacks and media lynching targeting my family force me to take the necessary step back... I presented my resignation to the prime minister this morning," said Rugy, who also held the post of minister of state which made him the number two in the government after Prime Minister Edouard Philippe.

De Rugy, visibly angry and choking with emotion, told BFM TV he still had Macron's support. He acknowledged hosting the luxury meals but said that was normal for the National Assembly's speaker. He denied any wrongdoing, describing himself as a frugal man who would make sure the lights were turned off after late-night parliament sessions.

He said he never asked the parliament's chefs to serve lobster. "I don't like it, I don't eat it, I have an intolerance for shellfish," said De Rugy. "I don't like oysters ... I hate caviar and champagne gives me a headache."

Piling on the pressure, Mediapart published a new report saying that Rugy rented a council flat with subsidised rent in western France, even though his salary was "far higher" than the maximum allowed for such aid.

The revelations hit the centrist government of President Emmanuel Macron who is looking to recover from six months of anti-government protests sparked by economic inequality and claims that French leaders are out of touch with ordinary people.

Mediapart said that the dinners hosted by Rugy included luxuries like lobster, champagne and vintage wines from parliament's cellar.

Most damagingly, it alleged that the dinners had little connection to his function and were essentially social gatherings hosted by his wife, a journalist with the people magazine Gala, and funded by the taxpayer.

On a visit Thursday to the central town of Deux-Sevres, the minister was met by a giant inflatable lobster and protesters brandishing slogans like "were the lobsters organic?"