'I am Taiwanese': Czech speaker channels Kennedy in Taiwan speech 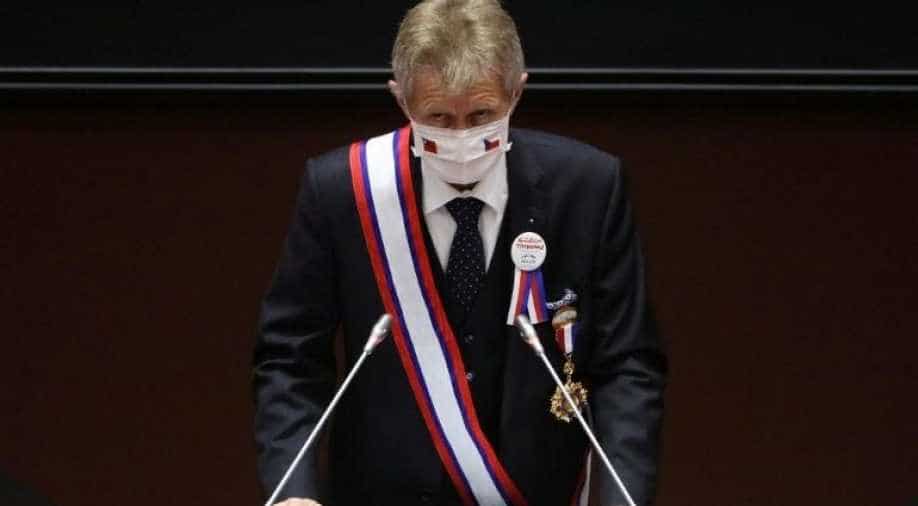 Vystrcil said his visit was a way to highlight Czech sovereignty as his country 'should not listen to the orders of another country, especially a non-democratic country'

A senior Czech politician invoked a famous Cold War-era phrase by late US president John F Kennedy as he delivered a landmark speech to Taiwan's parliament Tuesday during a visit that has incensed Beijing.

Kennedy "used the phrase 'Ich bin ein Berliner' to show his support for the people of Berlin and the highest values of freedom", Vystrcil said.

"Maybe I can be more humble, but allow me to use the same determined phrase to conclude my speech in your country's parliament, in Taiwan -- I am Taiwanese."

His final declaration -- "I am Taiwanese" -- was delivered in Mandarin and received a standing ovation from lawmakers on the self-ruled island.

As a precaution against coronavirus he gave his speech wearing a facemask, which was decorated with the flags of the Czech Republic and Taiwan.

Vystrcil is leading a 90-member delegation to Taiwan that Beijing has slammed as a "despicable act".

Chinese Foreign Minister Wang Yi warned on Monday that Vystrcil would "pay a high price for his short-sighted behaviour and political speculation", while Beijing summoned the Czech ambassador.

Prague then summoned Beijing's ambassador in response to Wang's comments.

Beijing's authoritarian leaders view Taiwan as part of China's territory and have vowed to seize the island, by force if necessary.

It has tried to keep Taiwan diplomatically and economically isolated from the rest of the world, especially after the election of President Tsai Ing-wen in 2016.

She rejects Beijing's idea that Taiwan is part of "One China" and views the island as a de facto sovereign nation.

The Czech government accepts Beijing's "One China" policy and does not send official delegations to the island.

But Vystrcil is a member of the right-wing opposition Civic Democrats and is not bound by the protocol.

The delegation, including politicians, entrepreneurs, scientists and journalists, will meet Tsai on Thursday as part of their five-day trip.

Vystrcil said his visit was a way to highlight Czech sovereignty as his country "should not listen to the orders of another country, especially a non-democratic country", a clear reference to Beijing.

He said the Taiwan visit did not violate Czech's interpretation of the "one China" principle.

"We are not against the People's Republic of China," he told reporters.

"He does not yield to threats, intimidations and the lure of incentives... I believe that many countries will learn from Czech in the future," Yu said.

Vystrcil has said his trip follows in the footsteps of late Czech president Vaclav Havel, the dissident leader of the 1989 Velvet Revolution which toppled communism in the former Czechoslovakia.

Havel visited Taiwan in 2004, once he left office.