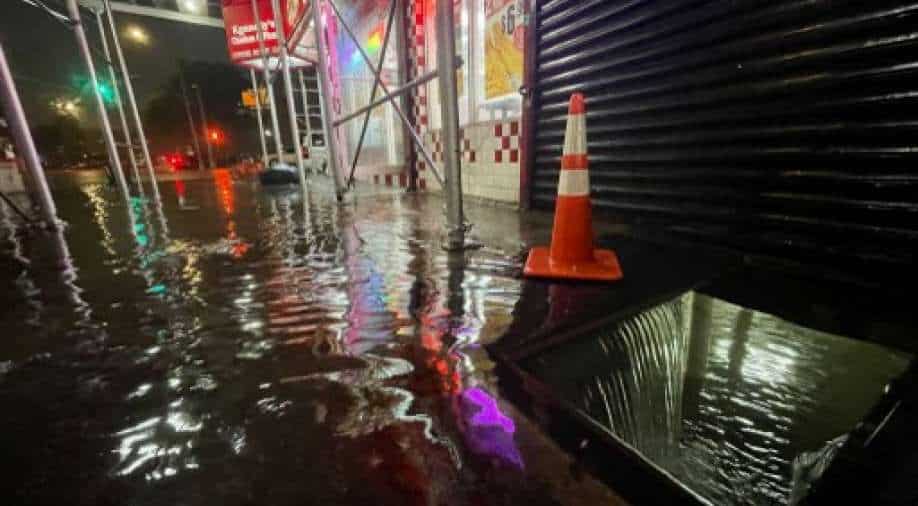 Ida slammed into the southern state of Louisiana over the weekend, bringing severe flooding and tornadoes as it blazed a trail of destruction north

The governors of New York and New Jersey have declared a state of emergency late as record-breaking rains from tropical storm Ida led to flooding and hazardous conditions on the roads, with media reporting at least six deaths.

At least one person was killed in flash flooding that inundated the New Jersey city of Passaic, Mayor Hector Lora told CNN.

Ida slammed into the southern state of Louisiana over the weekend, bringing severe flooding and tornadoes.

Hundreds of flights have been cancelled at nearby LaGuardia and JFK airports, as well as at Newark.

Flooding has closed major roads across multiple boroughs including Manhattan, The Bronx and Queens.

The NWS recorded 3.15 inches of rain in Central Park in just an hour, the area's wettest hour on record. The city earlier issued a rare flash flood emergency warning urging residents to move to higher ground.

In Annapolis, 30 miles from the US capital, a tornado ripped up trees and toppled electricity poles.

US President Joe Biden is due to travel Friday to Louisiana, where Ida destroyed buildings and left more than a million homes without power.