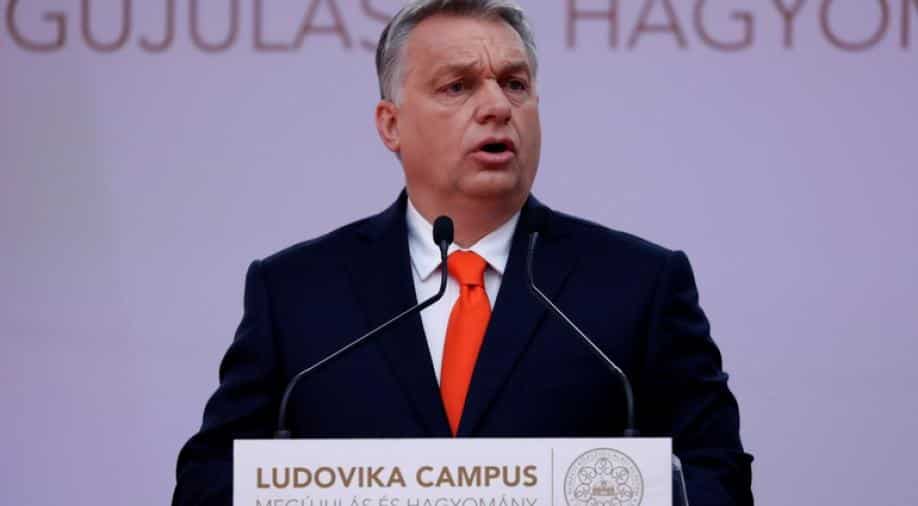 "The European Commission president, intentionally or unintentionally, has attacked the European unity that had been worked out," Orban said on state radio.

"From the first moment we made clear that there will be a red line... they have crossed this red line."

On Wednesday the EU executive proposed to the bloc's 27 members a ban on Russian oil imports in its toughest move yet over Moscow's invasion of Ukraine.

Von der Leyen said the bloc would "phase out Russian supply of crude oil within six months, and refined products by the end of the year".

Hungary and Slovakia both highly dependent on Moscow's oil exports would have until the end of 2023.

The embargo would amount to "a nuclear bomb dropped on the Hungarian economy", Orban said, adding that the proposed exemption for Hungary until end-2023 is not long enough.

"The transformation of the Hungary energy transmission and supply system could be completed in five years," Orban said.

Foreign Minister Peter Szijjarto in a video message posted on his Facebook page on Wednesday said Budapest would back the proposal if crude oil delivered via pipelines was exempted from the EU's ban.

"I avoid the word 'veto', I do not want to confront the EU. We are interested in a constructive dialogue," said Orban, who was re-elected for a fourth straight term as premier last month.

He said the proposal "has been returned to sender, to Madame President, to work on further".

Orban also protested against the inclusion in the sanctions package of the head of the Russian Orthodox Church, Patriarch Kirill.

"We will not allow church leaders to be put on a sanctions list," said Orban, who has cultivated close ties with Russian President Vladimir Putin.

According to Budapest, 65 percent of Hungary's oil and 85 per cent of its gas supplies come from Russia.