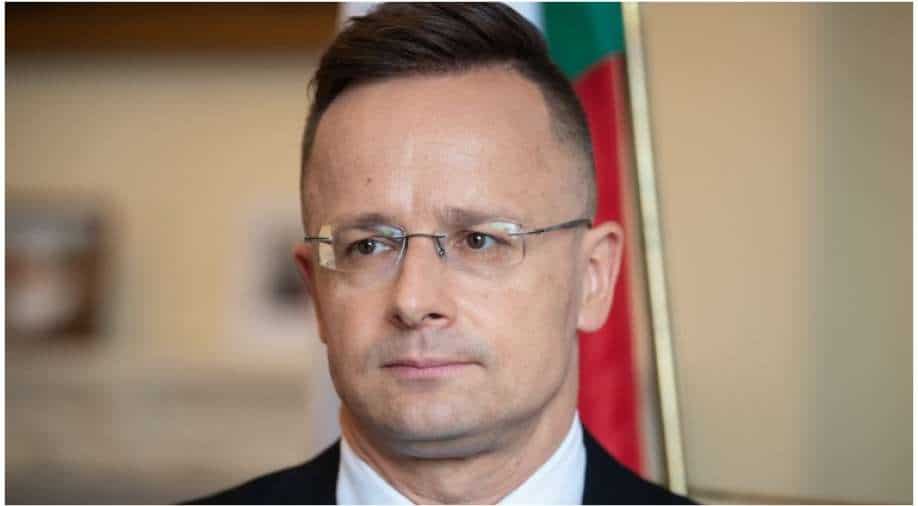 Hungary's Foreign Minister Peter Szijjarto answers journalists' questions during an interview at the Hungarian Embassy in Paris on May 18, 2021 Photograph:(AFP)
Follow Us

Hungary Foreign Minister  Peter Szijjarto slammed what he called the European Union's 'one-sided' statement on Israel. His comments camem even as his European counterparts called for a ceasefire between Israel and Palestinians

"I have a general problem with these European statements on Israel... These are usually very much one-sided, and these statements do not help, especially not under current circumstances, when the tension is so high," Szijjarto told AFP in an interview.

"The priority is the immediate cessation of all violence and the implementation of a ceasefire," Borrell said after a video conference of EU foreign ministers, adding the statement was backed by all the bloc's member states except Hungary.

Szijjarto himself did not attend the meeting. Hungary has recently used its veto power to block EU statements on China.

In the interview with AFP, Szijjarto insisted that blocking decisions "is a right of every country in the European Union".

"EU diplomacy should not consist only of judgements, negative statements and sanctions," he said.

"So I think less judgement, less lecturing, less criticism, less interference and more pragmatic cooperation could give back a lot of strength to the European Union."

Israel's intense bombing campaign has killed 213 Palestinians, including 61 children, and wounded more than 1,400 people in Gaza in more than a week of fighting against Islamist group Hamas, according to the health ministry in Gaza.

The death toll on the Israeli side rose to 12 on Tuesday when a volley of rockets Hamas fired at the southern Eshkol region killed two Thai nationals working in a factory and wounded several others.