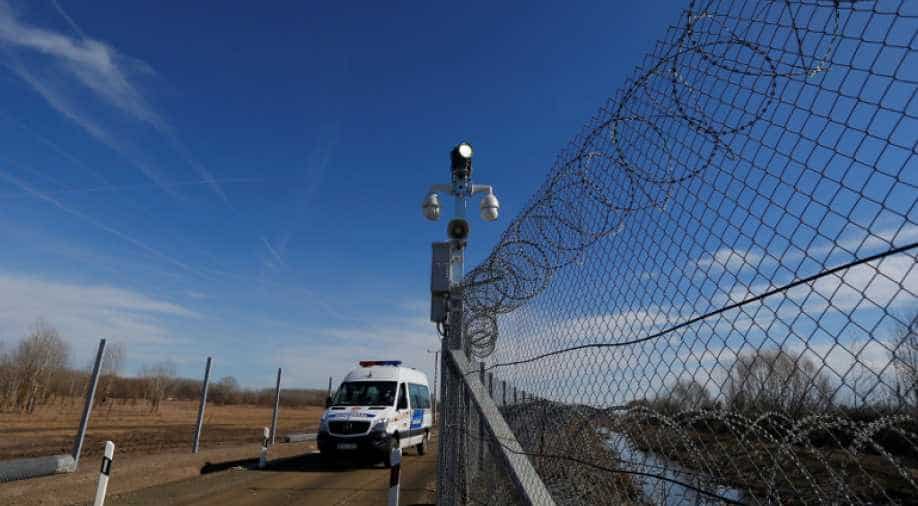 The country was a main crossing point for hundreds of thousands of people trekking into Europe at the height of the migrant crisis in 2015. Photograph:( Reuters )

A daunting new barrier is beginning to loom over Hungary's southern border, capable of delivering electric shocks to unwanted migrants and armed with heat sensors, cameras, and loudspeakers that blare in several languages.

The country was a main crossing point for hundreds of thousands of people trekking into Europe at the height of the migrant crisis in 2015. A hastily-erected first razor wire fence and tough new laws have cut arrivals to a trickle, but Budapest is not taking any chances.

"Attention, attention. I'm warning you that you are at the Hungarian border," the loudspeakers say in English, Arabic and Farsi from the new barrier.

"If you damage the fence, cross illegally, or attempt to cross, it's counted to be a crime in Hungary. I'm warning you to hold back from committing this crime. You can submit your asylum application at the transit zone."

The "transit zones" are two border posts where a total of just 10 migrants per day are allowed in legally. Rights groups say they are wholly inadequate and, by creating such a tight bottleneck, may be illegal.

The new floodlit fence of wire reinforced with steel will give anyone who touches it an electric shock that well-informed sources say is mild. A police roadway will run between it and the old barrier.

Only 10 km (six miles) of the new structure has been completed but officials say the remaining 140 km (85 miles) along the border with Serbia will be finished in just two months, built largely by 700 prison inmates.

Hungary's populist Prime Minister Viktor Orban has called mass immigration from the Middle East and Africa an existential threat to the European way of life.

"The first fence was a quick solution from the government, but not a perfect one as human traffickers come equipped with tools to cut it," said Laszlo Toroczkai, mayor of the border village of Asotthalom, who first called for borders to be sealed in 2014.

Border patrols prevent hundreds of crossings every day and catch migrants who make it into Hungary within the first few miles of the border, according to authorities.

The government has earmarked 38 billion forints (123 million euros) for the second fence. Orban's chief of staff Janos Lazar said on Thursday the total cost of the border effort, including patrols and transit zones, was nearing 1 billion euros.